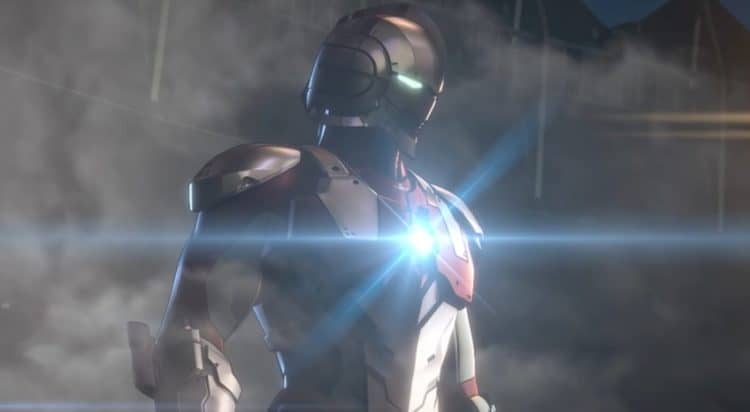 Netflix has brought us some great original programming over the years, and they’ve done it again. Fans of the Ultraman, whether they are lovers of the manga or the many shows and movies the series has produced since the mid-1960s, everyone is looking forward to the new reboot. Despite the (April Fools Day), this series is no joke. If you’re new to the Ultraman universe, then you may want to go back and catch up on the mangas and other anime greatness, but you don’t have to do that. You’ll enjoy the show with or without the rich history. The story begins years after the original Ultraman. The “Giant of Light” has fought its share of aliens on Earth and appears to have returned to its home. Shin Hayata is older now, and his son Shinjiro shows signs of his unique abilities. So, it is the son of the original who will inherit the Ultraman mantle, or will he. The trailers clearly show that he is not the only one with the unusual capability, and that means his Ultraman status may be contested at some point.

The newest Ultraman has been reimagined in full CG and HD. Anime, and especially Ultraman, has always been a visual experience. The colors and art have been a massive part of the success and appeal of the genre from the beginning, and that’s never going to change. What does change, fortunately, is the technology. As we continue to advance our graphics capabilities the way we tell our stories becomes ever more vivid, and Computer Generated Graphics have come a long way.

Like most manga, the first Ultraman was hand drawn. In the intervening decades, the story has changed a little but always stayed true to its alien-battling, world-saving roots. The graphics, however, have seen a full overhaul. Sometimes the best thing you can do for a classic is to give it modern visual appeal. CG brings a level of crisp and realistic beauty we could never have created in the era of the original. This sort of recreation helps continue to bring in new fans while letting the best old stories continue to thrive.

Shin, the original Ultraman, was a great character. However, all good things come to an end, and so it seems must his time as the guardian of Earth. Some shows struggle to find a dynamic way to pass on the traditions of an older generation to do a reboot, but Ultraman has taken a sensible path with this choice. There is an excellent dynamic in passing the duty from father to son. Shinjiro looks like he has the heart for the job, but he faces some challenges his father did not. Aliens are aliens, and slaying the enemies of our planet is the same dirty job, but new-era dynamics and plot twists are sure to bring more excitement and a relatable quality to this reimagined series. Fans are looking forward to meeting the new Ultraman and hopes are high.

The Ultraman character is the quintessential Japanese Superhero. He is an icon that has been recognized by, and an inspiration to generations. Not just Japanese children, but all over the world kids, and adults have looked to Ultraman as one of the core models of what a superhero should be. However many costume variants and new plot permutations the series passes through, a genuine classic deserves its place in history, but carrying it forward into the future keeps it vital. Ultimately, seeing such an iconic tale brought to the current generation is a delight unto itself. There are doubtless plenty of fans who are already looking forward to using the new show as a way to bond with their own children. Remakes like this help us pass on a unique form of tradition. We can share our inspirations in a way that new generations can relate to and make their own.

There’s nothing wrong with older music. However, it is uniquely delightful to see a classic like Ultraman get the chance to have an epic battle to the sounds of this generation. Modern music does such a fantastic job expressing the sense of the mechanical, the robotic when created digitally. At the same time, it covers such battle rage and human hot-blooded fighting spirit when you take, for example, an electric guitar riff and use that energy to help express the excitement of epic fighting. Bringing all the tradition of something like Ultraman and setting it to a soundtrack that has been, in its own way, developing and growing for as long as Ultraman itself is a strange and beautiful way to enjoy a remade classic.

If the trailers are to be believed, the battle between the classic and the modern is a topic that the show will touch on as part of its plot. Perhaps this will go over some fans heads, but the depth and insight that shows can bring a brilliant philosophical element to the show. A battle between the father and son appears to be a part of the plan along with the many other new plotlines. All in all, we’re looking forward to the show, and it seems like the creators have worked quite hard to bring everything that makes Ultraman so beloved and everything that modern computers, music, and storytelling have to offer together in a gorgeously melded world.

Anyone who was looking for a thoroughly retro reboot will be in for a shock. This gorgeously reimagined series brings Ultraman into the 21st century with a new appeal. However, when it comes to seeing classic alien battles, and the cyborg-like combination of the super armor and the young man that come together as Ultraman to save the day, the story continues. The new series promises to have some twists and updates, but it stays true to the spirit despite any upgrades. We’re looking forward to binge-watching the first season.