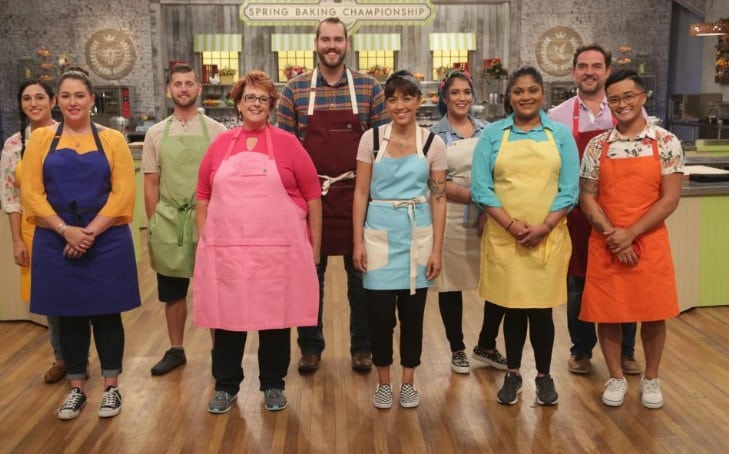 Food shows are usually a lot of fun since they include a great deal of banter, uncertain camaraderie, and a lot of people just hustling around a kitchen trying to meet the next challenge that’s been laid in front of them. As the Food Network has already been promoting, the Spring Baking Championship is really no different save for the fact that it’s going to be a lot brighter and a lot more colorful since the challenges are obviously going to based on Easter and a few other ideas that are more suited for pastel colors and sweet treats that the judges get to sample and hopefully enjoy. There’s bound to be plenty of laughter and smack talk in the kitchen since a little competition never hurts and it certainly gets the fire churning for some folks. The whole idea of this is to have fun though and for the bakers to put their best treats forward so that they can move on to the finale. As Andrew Warren from Omaha World Herald would agree, it’s going to be a lot of fun.

Here are a few reasons why you should watch Spring Baking Championship.

5. It could spark a few creative ideas for viewers.

For some people this is what the shows on the Food Network are all about, to get ideas and try to learn from the different chefs and bakers that make their way onto the various programs. At this time there have been so many different people to learn from that it’s hard to think of just who one would want to emulate the most, but on a show such as this there are those that you might want to avoid simply because they make some truly disastrous mistakes. But overall getting ideas from the show is a must since it would seem that a lot of these bakers do know what they’re doing and have some truly great recipe ideas.

4. There’s always inspiration to be taken from the various designs and methods.

Everyone’s got their own way of doing their own thing on these shows but there’s always a chance that you could find some way to incorporate your own style into those you see the other bakers using, or vice versa. It’s usually more fun to watch them and see how they do things and then possibly critique them on what they did that was useful and what wasn’t, but to the discerning viewer it might actually be possible to actually pick up on their methods and use them in a way that makes sense when they’re in the kitchen next. After all these people had to impress someone to get on the show.

3. The ingredients are sometimes a little bizarre

It does seem that the producers or whoever selects the ingredients like to try and trip the chefs up occasionally and there have been some ingredients in the past that don’t seem to belong anywhere near a baked good. But somehow the chefs have always managed to make it work since putting foods together is a matter of figuring out which ingredients will go together and which wont. Some people look at it like a chemistry experiment while others look at it like a puzzle that needs to be sorted out, but in the end they tend to have the same result when the final product is unveiled.

2. The show could actually help viewers troubleshoot with their own baking faux pas.

This goes back to watching carefully and trying to sort out just what the chefs are doing in order to figure out if any of their methods might help you figure out a flaw in your own. It’s kind of obvious that you don’t want to learn how to make their mistakes, but it would be helpful perhaps to learn just how you can avoid certain mistakes that you make already. It is possible to discover this after all if you pay attention, as the show does manage to go into enough detail as to what the chefs might be doing wrong. Also, the judges and their critiques tend to help a bit as well to discover just what went wrong.

1. It’s just a fun and engaging show to watch.

There are a lot of people that will watch this show just for the fun of it since seeing something come together from the ingredients up is usually pretty impressive. Plus the back and forth talk that goes on a lot of the time is kind of fun since it instills a bit of competitive spirit into the whole thing. Many people tend to pick their favorites when these shows begin and stick with them to the end, hoping that they’ll turn out to be the last baker standing when it’s all said and done. All in all though it’s just a fun show and one that displays a lot of talent by the bakers.

Don’t forget to tune in.