Home
Movies
The Five Saddest Movies of the 90s 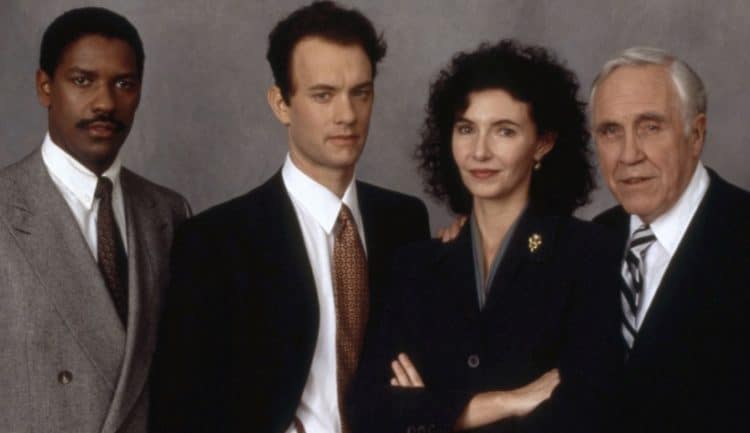 The saddest movies of the 90s were typically those that tugged at your emotions in many different ways. It didn’t mean that you’d cry at every movie but you’d feel at least somber in some instances and even kind of depressed in others. These movies more often than not would remind us of the fragility of human beings when it comes to they physical and emotional sense. These films were all about trying to create a reaction whether the audience had been through the same kind of life the characters had or not. Trying to provoke a reaction however was what a lot of movies in the 90s were made to do, and some of them did a better job than others when it came down to the kind of things they allowed to surface.

Here are some of the best and saddest movies from the 90’s.

Any kid living in the big city might be able to at least look at this movie and feel some sort of bond with the characters, especially those living in close-knit neighborhoods where people might not know each other but they still cling to the idea of community. It’s kind of easy to assume that this film has been all but forgotten by a lot of people since it wasn’t along the same lines as Goodfellas and Casino, but it was one of those gangster movies that was brutal and down to the point, but it also had a lot of heart as well. Being the bad guy doesn’t necessarily mean that you’re going to be the most vile person that’s ever walked the earth.

A human-made tragedy such as the Holocaust was something that anyone and everyone had an obligation to stop, but it wasn’t something that a lot of people felt the need to stop. The whole idea of this film was to bring to light the efforts of one man and what he tried to avert after realizing the impact that the war and the people running it were having upon so many others. The idea that any human being could do such horrid things to another is something that many people don’t want to contemplate and many others would gladly deny. However, history is not always as glamorous as the movies, and does not forgive as readily.

In many ways this was a film about damaged people and the efforts they take to make sense out of their lives. Sean was damaged, Will was damaged, and in truth just about everyone in the film had some kind of issue that they had to deal with. But the point of the whole film is that they found ways to cope, to deal with their lives in a way that allowed them to keep moving forward, though Will seemed to want to hang around the same old loop that he’d been running for most of his life, until he met Sean. At that point it became a chance to turn his life around, but he had to be the one to actually want such a thing to happen.

Being a step-parent is not easy at all. In fact it is one of the hardest jobs on the face of this earth as you will find it necessary to love someone else’s child as though they are your own and will have to be willing to let that child hate you until they can figure out that you are there for them no matter what. Being a mother and watching another woman raise your children is no easier, but between the two there has to be an understanding, or the fate of the children becomes an uncertain thing as they have to decide who to side with and how to deal with whatever consequences come from this decision.

This has to be one of the saddest movies ever made and it came during a time when people were still highly concerned about the main point of the plot. AIDS is no joke, it kills and it is a very scary proposition when someone learns they have it. In many cases it is treated like a death sentence and those that have it are treated like lepers. The stigma behind this disease for the longest time was that only gay men could contract it, that it was a ‘gay’ disease. Thankfully now we know much better and understand that it can’t be contracted through a mere touch or by being in the same room, but it still scares people and can still ostracize individuals from those that don’t know how to react. In this movie however it became a reason to not only fire a man, but to try and demonize him in a way that made him less than human.

Sad movies aren’t always meant to be fair or just, since that’s not always the human way.