Home
TV News
Five Shows to Watch If You Like Yellowstone 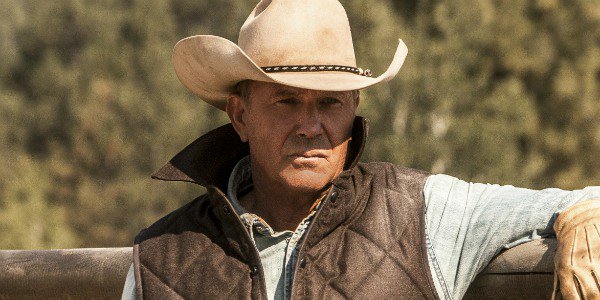 By now a lot of people have probably been turned onto or at least heard of Yellowstone, the series starring Kevin Costner and several other noted celebrities, and features the Dutton Ranch, a place that spans for acres and is fiercely guarded by none other than John Dutton and his family, as well as those that help to preserve the Dutton name. The main thrust of the show is the fact that the Dutton Ranch, which is among the largest in the US, is in continual opposition to those that share its borders and want to push inward to lay claim to vital areas around and within the ranch that will compromise the Dutton legacy. Steeped in corruption and danger, this series is something that would no doubt spark a great deal of controversy among some folks that would likely argue for the land rights of indigenous tribes, and possibly argue against colonialism. But it’s also a show about family in that the Dutton’s seek to take care of their own as much as possible, or at least a few of them do when it aligns with their own interests. Thus far the show has been a rollercoaster ride of intrigue and backstabbing that has sparked the interest of many viewers for different reasons.

Here are a few shows you might enjoy if Yellowstone is to your liking.

Based in California, SOA is another show that has a lot to do with family issues and the continual trouble that arises when that family is threatened by various outside sources. SAMCRO, the MC that dominates the story, is a club made up of misfits and tough guys that have come together out of love for their town and loyalty to one another, but from the get-go, there’s the feeling that there’s a lot of corruption and secrets in the club. As the series goes along there’s one issue after another that needs to be dealt with in order to keep the club together and to keep them from being continually busted by the cops and the FBI.

The story is more or less about the titular sheriff that’s attempting to put his life together throughout the series after losing his wife. As the series goes along he does his best to keep his county in line and solve any and every problem that comes his way. While there’s not a lot of family feeling in this one there’s a great deal of community since it has to do with the support that the sheriff finds in those around him, his daughter being one of them. The support he gets from his community is also something that helps him to get back on his feet and continue to do his job, as he eventually finds that going on is absolutely necessary.

Having elevated himself from a thug to a ‘fixer’ for rich folks and celebrities, Ray has become a self-made man within the series and is fiercely protective of his status as well as his family. When his father gets out of prison and starts to threaten what he’s built though, and when other problems arise that he grows tired of dealing with, Ray has to find a way to keep what he has without compromising himself. The kind of struggle this brings on is the type that many would find more than a little daunting as Ray does what he can to keep his loved ones safe while making it clear that he won’t tolerate anyone tarnishing his reputation.

In a rich family such as the one that’s been featured in this series, succession is usually expected to favor the eldest child of a family, meaning that once the head of the family steps down, the eldest will take over and continue to usher the family business into the next generation. The only problem is that when the head of the family chooses not to step down it can cause a wealth of problems, especially when the children that were under the impression that they would be in control begin to plan and plot behind the back of the patriarch that is intent on staying in power for as long as is humanly possible.

By far one of the best crime family dramas that have ever been created, this show managed to elevate quite a few stars during its run and depicted a family that felt as though it was on the verge of falling apart more than once. Tony Soprano was a character that many people couldn’t help but look up to and admire despite what he was known to do for a living. In fact, there are plenty of people still talking about the ending of the show and how it should have ended.

There are plenty of shows like Yellowstone that can scratch that itch.