Home
Movies
Five of the Sickest Camouflage Moments in Movies 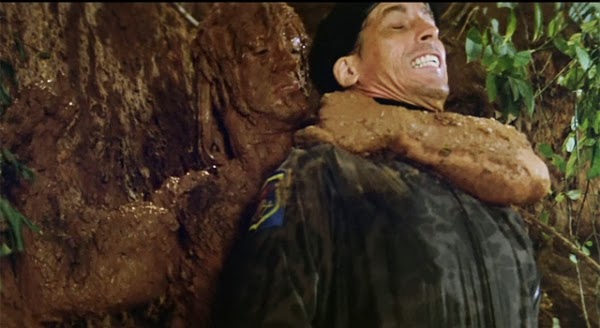 The closer you can get to your enemy the deadlier you’re considered. Camouflage in the movies seems so much easier than in real life that it makes an instant warrior out of your favorite actor. The type of stealth that is needed for these getups and these situations to work is absolutely epic, meaning that you could sneak past or hide away from anyone if you so chose. The idea of getting close to an enemy by using camouflage is that you could be in plain sight and they would never know it. some are better than others, but those selected for this list are some of the absolute best.

Here are some of the absolute sickest camouflage scenes ever.

Okay just so we understand each other I’m not talking about Haru. The guy couldn’t camouflage himself if was given a boulder to hide behind. His brother Gobei however could hide almost anywhere and not be detected. He hid himself as a bonsai tree, a woman, a golden statue, and innumerable other ways in an attempt to help his adopted brother. Sometimes it seemed like all Gobei did was help Haru, which is pretty accurate.

It’s the size of a city bus, kills for the sport of it, is highly intelligent, and can camouflage itself. Yeah, great idea, let’s engineer a genetic killing machine for fun and show it off to the world. Oh, she killed her sibling and ate her? No problem, one less creature to deal with. Movie geniuses don’t always seem to be that smart when you really see their ideas in action.

It seems simple to say that the best type of camouflage is the type that hides you in plain sight. There’s really no better system than to just disappear. It’s not perfect since it’s really bending the light around it’s form, but the Predator brought forth a type of hunter that could strike fast, strike hard, and then disappear like a ghost. Once the gimmick got figured out though it became slightly less effective, but only slightly.

Don’t make a sniper mad at you. That should be rule numero uno when you enlist in the service. They know how to hide, they know how to kill, and they can do both at the same time from a maximum distance and still be lethal. To be honest if you realize where the sniper’s at that means you’ve got one to two seconds tops to live. In those last seconds the best thing to do is just pray, because the chances are kind of against you surviving.

THE MAN. Difficulty level is at max which means Rambo is at his best. He doesn’t pause, doesn’t take time to consider his kills, and doesn’t hesitate when he’s got an enemy in his sights. He is just the epitome of a killing machine and goes about his business with all the warmth of a buzz saw as he downs one enemy after another. And then, the classic mud scene occurs and you begin to wonder: is there anything this guy can’t do? Apparently he can’t get a job parking cars.

Camouflage is a great advantage when it’s applied correctly. The closer you can get without being detected the more feared you’ll be.