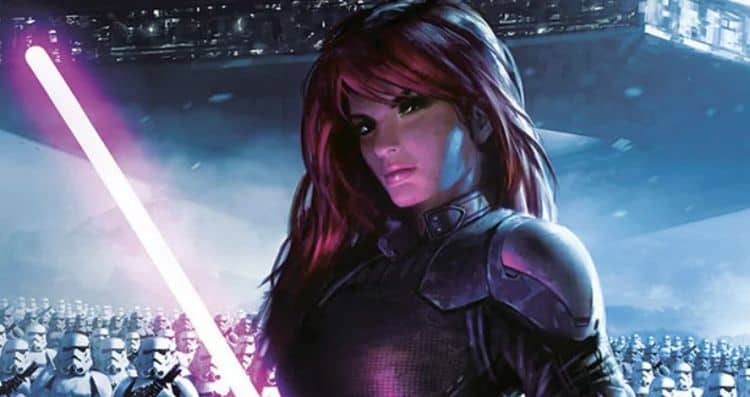 There have been quite a few Star Wars icons that have made it to the big screen over the years but fans of the franchise, especially fans that have read the books, are wanting more. That shouldn’t be too much of a surprise since in the literary history of Star Wars there are several big characters that have helped to drive the narrative in a lot of different ways and have had their own story at times that has contributed to the franchise as a whole. Some of those on this list we’ve seen in various capacities on the small screen, but it feels past time that we see them on the big screen since they’re simply too interesting to hold back any longer. How they’ll be worked in, if they ever are, would be difficult to say at the moment since so many people are worried about continuity issues that aren’t nearly as tough as they think to deal with. The size of the galaxy and the number of conflicts going on at any given time would make it a thing of ease to add in various characters since those on this list could have been anywhere, doing anything, for a good amount of time, especially since some of them are rather secretive characters. But if we ever get to see these characters it will be amazing, no matter that fans would lose their minds if Disney decided to greenlight a few of them.

Here are a few of the Star Wars book characters that people would like to see on the big screen.

Among the Jedi Order, there are those knights and masters that continually toe the line between right and wrong and good and evil. Vos, who was sent on a secret mission during the Clone Wars, had to cross that line repeatedly in order to convince Count Dooku that he had joined the dark side. At one point Vos finally left the dark side behind, found a woman he cared about, and had a child. He did survive Order 66 just barely, but where he might have gone after this is kind of hard to tell since there aren’t many records of him after that. As Jedi go, he’s a bit reckless and arrogant, but he’s also a very skilled warrior.

Tenel Ka is a Legends character through and through, but she could be retconned as a student of Luke Skywalker’s demolished Jedi Order and later on the Hapan Queen Mother. She’s a rarity since she was born of a Hapan prince and a Dathomiri light witch, meaning she’s royalty and has access to the Force. But if she were to be brought in the love affair that she would have with Jacen Solo, who doesn’t exist in the current canon, would have to be eradicated. She could still be Luke’s student, and it’s possible that she could still lose her left arm in a lightsaber accident, but quite a bit of her story would need to change.

These next three shouldn’t come as any surprise since two of them have already been seen quite a bit in the animated series and Ahsoka did show up on The Mandalorian for an episode. But seeing her in a big-screen movie would send the fans into a frenzy since she’s become one of the most well-liked characters of all-time once people were able to get used to her since her inclusion into the Clone Wars animated movie was all well and good, but Rosario Dawson’s portrayal of her has had people screaming like little children in absolute glee. This would be a movie that many people would go to see without fail.

It definitely feels as though we would need to see a few space battles and follow Thrawn around a bit from one planet to the next to really get a feel for him on screen. In the books and in the animated series it’s been made clear that he’s not the kind of individual to be played with, but as a live-action character, it would be great to see his part taken by someone that could make the role really come to life. The thing about Thrawn is that he’s deadly when it comes to hand to hand fighting, but only until he meets up with someone that’s been fighting for most of their life, which means he likely couldn’t take on a fully-fledged Jedi that easily unless he fully understood their fighting style.

Seriously, I can’t be the only one that’s been missing this woman and I know that I’m not. Mara Jade was one of those characters that, when introduced, people might not have known how they should feel about her. She was a former Emperor’s Hand, after all, an assassin that was, unlike Vader, more like a knife in the dark than a cruel bludgeon against the Emperor’s enemies. She was also a spy, which meant that she had to keep a low profile wherever she went, but at one time she was also obsessed with Luke Skywalker. Bringing her back might not elicit a lot of excitement at first, but if she was used in the proper manner it would be intense.

It’s time to stop cherry-picking the Legends canon and start using it as much as possible.