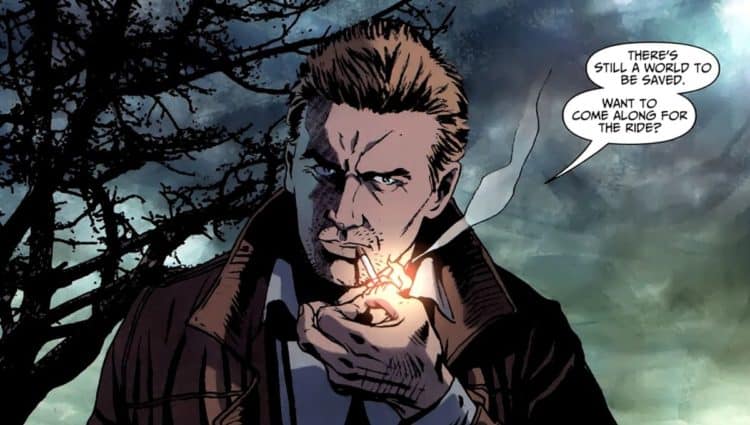 Sometimes there’s a fine line between heroes and villains and the scariest hero is the one that straddles the line without complaint or regret. But there are some superheroes that would be absolutely terrifying if they to suddenly break bad and go on a rampage around the globe or the galaxy. The kind of damage that some of them could cause would be hard to fathom since whether a hero is reliant upon physical strength or has powers that can allow them to dominate others in some way, the reality is that some heroes could easily cause a massive amount of havoc in a very short time given their power set. There have been moments when a hero from one comic or another has gone off their rocker and had to be dealt with, but often the heroes will check themselves in order to keep from inflicting too much damage. Saying that heroes such as Superman, the Hulk, Wolverine, and many others would be terrifying is just too easy, but there are also contingencies in place for heroes such as this if they go off the reservation so to speak. Those listed below are heroes that would really be able to tear stuff up if they had their way and were fully ready to abandon their principles and do the most damage possible.

Here are just a few heroes who would make terrifying villains.

He might be only human but he’s in peak condition and he’s always planning and plotting and has dozens if not hundreds of ways to neutralize a wide selection of enemies and heroes. Thinking of him as a villain would be creepy since there’s likely not a hero he wouldn’t be able to take down and it’s even possible that with enough planning he might be able to take on some of the heaviest hitters in the comics. Plus, the fact that this guy can sneak up on just about anyone means that he’d be one of the most efficient killers out there and would be long gone before a lot of heroes would even know he was there.

With the command of magic that this guy has and the deals he’s struck with so many powerful characters it’s not wise to think that he’d be a pushover just because he’s human. Constantine is the kind of guy that, were he to go bad, would be a walking nightmare due to the knowledge he has and the artifacts that are at his disposal. Magic is a big thing in the comics and the destructive power it carries is something that Constantine could easily specialize in since he knows just how everything works, for the most part. Making an enemy out of him wouldn’t be a wise idea since there are simply too many ways he could dispatch an opponent.

Anyone that can control the mind of another is a dangerous person to be certain. One of the only other figures that can top Charles would be the Phoenix, but since she’s bounced back and forth between being a hero and a villain she wasn’t bound to make this list. Plus, Jean Grey’s control over the cosmic force is fairly stable at times but can become a bit sketchy now and again. But Charles Xavier is a mutant that can shut down or control the minds of many people at once, meaning that he could turn people against one another, simply cause them to stop in their tracks, or possibly kill them outright with a thought.

This kind of depends on which version of Thor we’re talking about, but all versions would be a nightmare to deal with since his power, his speed, and his durability and stamina are huge issues that many a hero would, and has, found difficult to deal with in the past. Thor is a god, and as such is incredibly powerful and hard to take down. That leaves the feeling that if he were allowed to run unchecked and do as much damage as he liked that the universe would tremble in a way since he’s been known to cause massive damage whenever he’s engaged in a fight, so doing it on purpose would only make things worse.

As far as heroes go, the Surfer is one of the strongest and the most powerful since the power cosmic strengthens him in a way that makes it almost impossible for the Surfer to be taken out so easily. It would also make him one of the perfect villains since not only can he exist in space and in atmosphere, but the energy projection he’s capable of has been known to blast holes in just about anything. The effort to take him down if he became a villain would be tremendous, and many would like die before it happened.

There are reasons why some characters are made into heroes and others are villains.