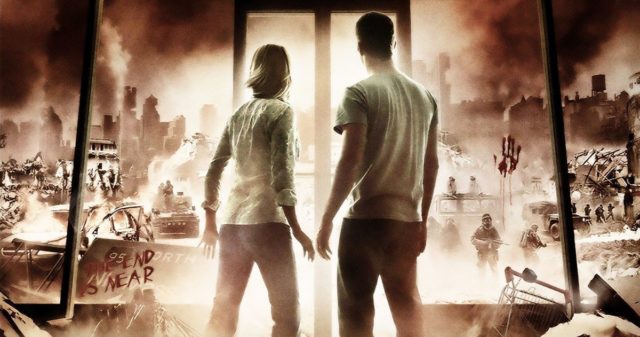 It’s here. The Mist just premiered on Spike TV, and fans of Stephen King’s thrillers have had much to say about it. Most have already read the novella published in the 1980 anthology, and have already seen the 2007 film of the same name. Both the celebrated, less than 200-page novella and the movie were dark and controversial. Making a full feature film from a short story was tricky. Maintaining the horrific elements in a fresh and gripping new way may prove difficult for this Christian Torpe series adaptation. The gory events will be strung out over 10 episodes.

Not surprising is that fans would prefer even more horror. It’s the expectation which a Stephen King story carries; though he is famous for handing off his writing for adaptations and then standing back to see what happens with them. The Mist has some gruesome scenes already, but viewers want more.

Controversy over the socially current characters has erupted in some nasty internet articles. Political liberals and conservatives are already dissatisfied with the way the themes of social justice, homophobia, misogyny, human sexual relationships, and psychological fear are swirling through the plot lines as readily as The Mist is swirling into town.

The Mist TV series includes characters and story lines which expand upon King’s original novella. The characters are intended to be ordinary folks dealing with extraordinary circumstances. They have already been plunged into unexpected moments with people they don’t know. Viewers can expect the character arcs to intersect without apparent reason, as tension builds in the town. Nobody seems safe, and everyone could be the next one to die.

Mass hysteria will become the norm

It’s taken a while for The Mist to reach town, and the first few graphic scare scenes introduced the audience to danger. But, as more disturbing and ghastly scenes take place, panic is starting to rise. Nobody knows exactly what’s in The Mist. Though the various townspeople react differently, the swiftly rising mass hysteria will most likely take over the majority.

The first gripping scenes of violence hit the psyche hard. As frogs jump out of the lake in record numbers to devour insects which are suddenly appearing in hoards, the plaques of Egypt come to mind. In rapid fire succession, violence within The Mist escalates. The psychological havoc will continue and violence will take place in greater proportions as the story continues.

The characters, though viewed by critics as shallow stereotypes, represent many themes common in today’s society. The characters and themes conflict with each other for these reasons, just as they do in real life. Viewers have only begun to learn about the characters in the premiere. The story plays out in Bridgeville, Maine. It’s a town populated with primary characters Eve, Kevin and Alex Copeland, and the rest of the residents of the small town. But as the characters face their various conflicts, viewers will also be challenged to consider their own personal ethics, moral compasses, and attitudes toward sexual politics.

Because the producers have promised fascinating characters dealing with supernatural phenomena, and the other characters surviving unending terrors, it’s guaranteed that viewers will be pulled into some very disgusting and vivid depictions of deaths. After all, it wouldn’t be a Stephen King story without the “limitless havoc” promised.

Ultimately, viewers must ask themselves what it is about Stephen King’s stories which draw them in. Is the horrible story and its grisly details enough to keep an audience? Nova Scotia’s government contributed $5.9 million to it, and the province hosted its largest entertainment production ever. Can a series produced on a budget of about $23 million deliver the goods?

Is the horror genre truly tasked with including themes related to current social concerns? Is it a truth to say that King’s stories are much better reading than adapted into films? Perhaps his compelling, thought-provoking, flat-out scary tales work best in our imaginations. Fear implied is much, much more frightening than most special effects, regardless of how gruesome. Fans of explicit scenes and the Stephen King horror universe are already wondering if The Mist is certain to entertain.