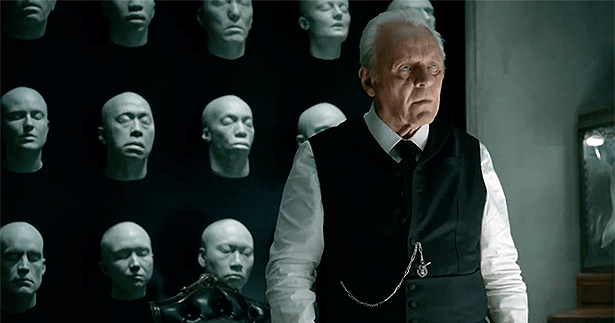 Everyone wants to know what to watch when their favorite show isn’t on the air at the moment, and for those that love Westworld there are still a lot of choices that will allow you to get your fix even if you have to wait a bit longer. The popular show about those that come to the park for a chance to live out the life of another character without rules, boundaries, or consequences is one that has sparked a lot of interest since it first came on the scene, and hasn’t died down as of yet. But like a lot of other shows that have become favorites it is bound to suffer from the space between its seasons when people want to see more but have to live with the reruns. For those just coming upon the show it might be okay since this gives them time to catch up. But for those that are all caught up there’s that huge gap in their lives that needs to be filled. Well, you could fill it by doing things that you’ve wanted and needed to do for a while, or you could check out the shows mentioned below.

They’re not the same but they’re good enough to fill the gap for a while.

This world would be infinitely terrifying since you wouldn’t know just who was a ‘doll’ and who was human. Each individual that is essentially owned by the Dollhouse and is implanted with memories and personalities that are deemed useful for various tasks that they are to carry out. When a few of them start to develop characteristics that aren’t so easily wiped however the system begins to crack a little.

Known as synths, the robots in this show are about as close to human as can be but they do have the downfall of going a little berserk when their programming begins to fail. The survivors that have taken refuge among human homes are not entirely stable but eventually prove that their own natures are anything but ordered or even that trustworthy.

This almost sounds like the premise of I, Robot, or perhaps what that film would have become if it had been a TV show. The lead detective has a severe dislike of androids because of what happened during an incident in which the android on duty calculated the odds of survival for his partner and then just left him. That could be why robots aren’t really useful as cops, they don’t go against the odds.

Built around a bunch of different dramatic productions, Black Mirror is a new look at techno-phobia that is represented by the many tales that are told throughout its length. This is a great idea to be honest since it gives the viewer a chance to pick and choose what they want to watch without feeling like they’ve missed anything. If you need a break from a long, epic saga and just need a quick fix this would do it.

This one is kind of a mind trip since it features a woman that’s been alone in space for well over a year without human contact, and yet upon her return she finds out she’s pregnant. How much would that mess with your head?

It’ll be okay, there are plenty of shows to watch between one season and the next.