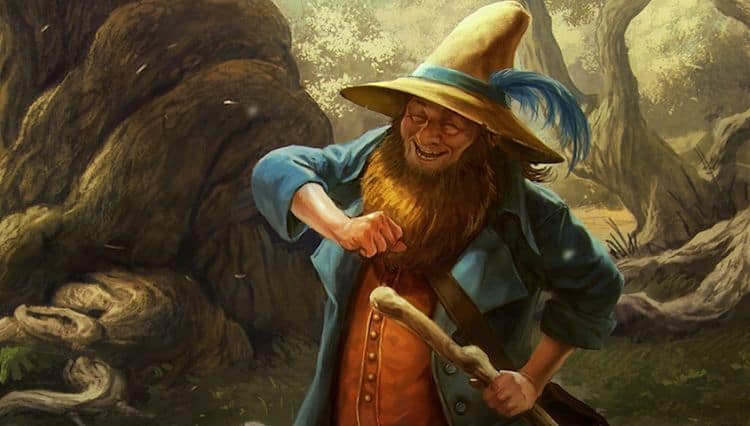 This is one of those times when the biggest nerds that love The Lord of the Rings will likely step up and pick something apart while discussing it at the same time, and it’s fun to watch and listen to without a doubt. Tolkien certainly created something that would go on to be one of the most culturally relevant stories in anyone’s lifetime and one that has lasted far longer than some believed it might. But while people know enough about a lot of the characters in his story, or think they do at least, there are those that stand out as anomalies either because there’s not quite as much known about them for one reason or another, or because what is known about them still isn’t enough to really pin them down. Now, I won’t go into the full nerd-speak that this video gets into, as some folks can definitely take pride in doing and rightfully so, but there are a few theories that go into the idea of who one character, Tom Bombadil, really is and what he represents in the story. As far as LOTR goes, he’s a jovial person that saves the hobbits and is fond of singing and being the master of his domain. Oh, and the ring of power does nothing to him, nor can anyone who wears it hide from him. Seriously, Bombadil is just that awesome, and yet he’s not someone that gets involved in the fight.

Here are a few theories that might help to explain who Tom Bombadil could be.

You might find yourself wanting to ask just how anyone could possibly be born from a song, but if a person reads up on virtually any mythology they’ll be likely to see beings made out of thin air or other materials that wouldn’t normally be possible to use when bringing someone to life. But one theory has Tom being the sum of the Ainur’s music, which is one reason why the ring of power wouldn’t have any hold over him and why he’s such a musical individual to start with. It’s one of the theories that holds up to be certain but has plenty of ways to be debunked. When talking about theories though this is one of the most accepted.

This is one theory that speaks of the power he has and the ability to be master of his domain and the possibility that he’s the oldest person in Middle-Earth. But where it falls apart is how the ring should probably affect him if he’s one of the Maiar since this group includes Saruman and Gandalf, who were both capable of being affected by the ring. It’s still possible that there are various differences between those within a certain group, but a lot of what goes into explaining the characters in Tolkien’s work has to do with absolutes, as far as the fans see it, and as such it’s not possible that he’d be immune to the ring in this theory.

3. He is the creator of the universe.

This theory kind of falls apart when it comes down to the fact that people aren’t convinced that the creator would decide to exist among their creations, but there are plenty of instances in Christian lore that would at least back this up. The movie Dogma would be one of those that might serve as a great example since it’s very possible that the creator might want to simply walk among what’s been created and enjoy what’s there. A divine creator is a hard person to bar from enjoying their own creations, but this one doesn’t hold together really well since it is kind of hard to explain why Tom would let Sauron come to power.

This theory is kind of blown apart just because there’s no mention of him being a Valar, and even stating that he’s one of the others in disguise is kind of difficult since he doesn’t have the same personality that those he’s matched up with possess. It’s still possible to look beyond the absolutes and try to find some way to make it feasible, but a lot of people that love LOTR are going to be bound entirely by the story, and it’s likely that they won’t be swayed.

1. He is just Tom Bombadil.

This does sound like a giant copout, but it’s actually what Tolkien really intended. This was like George Lucas coming up with Yoda and then leaving out a lot of his backstory, since Tom is just Tom, and there’s no other way to say it. He’s an anomaly that was created for a purpose that only he and his creator probably know. To be realistic, this is actually the best theory possible since it offers freedom of imagination and isn’t so rigid.