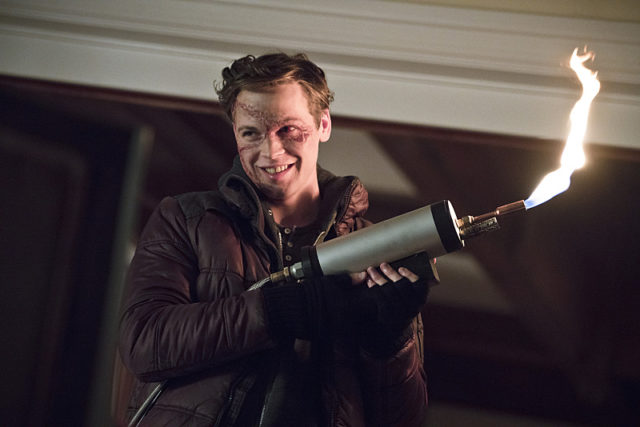 Hollywood is abounding with new stars these days and sometimes it’s a little difficult to keep up. That might make me sound a little dated but in truth the new crop of stars are starting their rise in a way that is heartening to see and is also keeping writers and publicists quite busy as they try to cover every new and exciting thing coming the big and small screens. The effort to do so often leaves some things out of the picture that fans would like to know, and denies them the information that they might otherwise enjoy about their favorite up and coming stars.

Here’s just a few things about Alexander Calvert that you might want to know.

5. He’s going to be a regular on Supernatural.

As Jack, the son of Lucifer, Calvert will eventually become a regular on the hit show. Obviously the fans liked him enough and the creators were wise enough to take this into account. Often it will happen that a character won’t have enough development or depth and they’ll be canned not long after they’re brought in. But obviously Jack made a few people happy with his appearances.

Despite the fact that he might still look like a newbie Alexander has been around for a while. He got his start back in 2005 so he’s been in Hollywood longer than a lot of those that have gotten their start in the past few years. Much of why he hasn’t been so widely known might have to do with the fact that there are so many films and TV shows out now that watching them all is almost impossible.

3. He’s been in a few commercials.

Actors should never thumb their nose at commercials and most don’t nowadays. After all commercials are more publicity and another endorsement check if they lend their name and their talent to the brand. Most actors that are up and coming or are on the downward slope of their career will tend to seek another way to gain income to supplement those times when they’re not working.

2. He’s been in more TV shows than films.

Some people are just more effective on the small screen than they are in film. It’s a matter of how they act, what type of personality they bring to the screen, and of course whether or not they can work under pressure. A lot of TV actors and film actors have gone back and forth. So long as they’re able to handle the transition and not allow the pressure of the job to get to them they’re usually fine.

1. He used to be a regular on several Nickelodeon shows.

Yep, he used to be on a few different Nickelodeon shows when he was younger. That kind of thing tends to pave the way for some actors while it proves to be a nice ride for others before they either retire or move on to other interests.

Let’s hope Alexander does well in his soon to be expanded role.