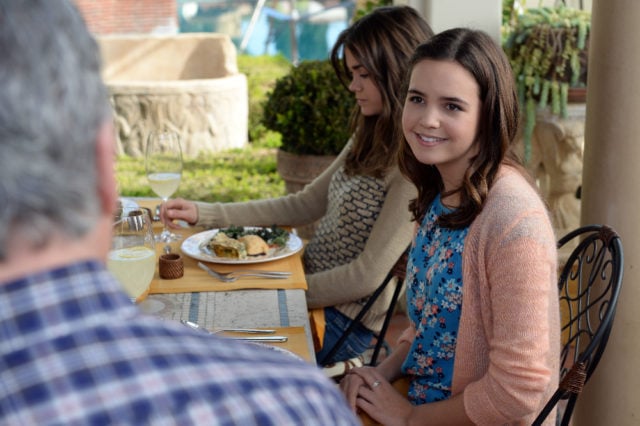 There is no doubt that Bailee Madison is rising quickly in her acting career. Her roles in the films “Just Go With It” and “Brothers” have given her the opportunity to showcase her talents. The exposure to the masses has definitely given her a rung up on the ladder of success. In addition, appearing in “The Fosters” and “Good Witch” were great additions to her steadily growing resume. These are things that we all know about her, but there is so much more to find out.

Here are five things you didn’t know about Bailee Madison.

1. She’s a One Direction Fan

Her absolute favorite boy band is One Direction Although she felt a little conflict between Five Seconds of Summer and the famous One D, she decided that their son “Forever In Your Mind” tipped the scales in their direction, no pun intended.

2. Ryan Reynolds is the man

When asked who her celebrity crush was, she shared that her favorite celebrity is Ryan Reynolds. While she wouldn’t exactly call it a crush, she is a devout fan of his films and follows his acting career. It would make her happy just to be the babysitter for Reynolds and his wife Blake Lively. She would like to meet the couple and become a part of the family.

You have to admit that Bailee always looks great, no matter what she’s seen wearing. She can pull off a variety of looks, but she does have a discriminating sense of taste. However, there are things that really bug her when it comes to fashion. She has a real issue when guys show up wearing flip flops or crocs with socks. It’s something that she considers to be a real faux pas and it simply should never be done.

4. The two things that Bailee is the most afraid of

Bailee Madison goes through a real stress reaction whenever she boards an airplane. She flies consistently which means that she spends a lot of time being stressed out. Every time she flies on a plane, she is fearful that the craft will crash. Her second greatest fear is “any kind of bug.” We don’t think she’ll be accepting any roles that demand she deals with spiders or earwigs any time soon.

5. Bailee’s life motto shows us who she is inside

Madison is climbing the ladder of success quickly. With fame also comes the need to have some very good coping skills to avoid getting a big head about things. It’s common for young stars to have problems dealing with super stardom, but we don’t think that will ever be the case for Bailee. She’s a sweetheart and her life motto is to “Be humble. Stay humble and have fun and love with all your heart.” With values like this, Bailee is set for the best that life has to offer.

Bailee Madison is a young actress that has it all. She’s amassed an adoring fan base and is making her presence known in film and in television series. We’ve learned some interesting things about her personal life and discovered that she’s not much different than the fans who support her career. She’s got talent, personality, likes, dislikes and a great philosophy for living life to its fullest.