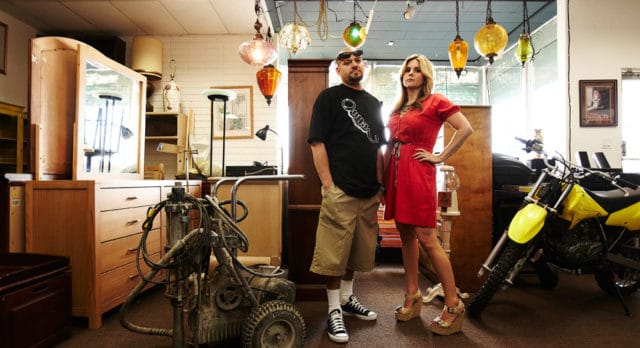 Brandi Passante may not be a name that everyone knows, but if you are a fan of the A&E series, “Storage Wars,” you know exactly who she is. If you have not seen the show, Brandi is a key member of the show, and she is also the reasonable one in a series that takes pride in presenting loud, colorful and ridiculous personalities. For those of you who are aware of who Brandi is, as always, there is a side of the star that the fans are unaware of. There is always something that even the most intense fanatic just didn’t know.

Following are five things you most likely didn’t know about Brandi Passante.

She is Not Married to Jarrod

For those who have watched the show or have followed Brandi, you are very familiar with Jarrod Schultz, her long-time boyfriend. There are many people who made the assumption that Brandi and Jarrod are married; however, the two have not taken that step as of yet. Despite not being married, the two have been in a committed relationship for over 15 years — making their lives ideal for a TV reality show, called Brandi & Jarrod: Married on the Job — which focuses on the fact that they are actually not married.

She Pursued Jarrod at the Beginning of the Relationship

At least, according to Jarrod, it was Brandi that pursued him at the beginning of the relationship. The two met in 1999 while working at a carpet cleaning company. While Jarrod is intent on sticking to his story, she has subtly responded to his claim by saying “in his wildest dreams.”

Brandi Has a Passion for Cooking