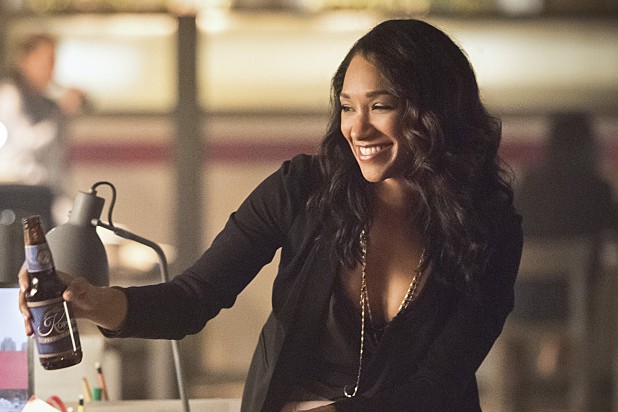 Candice Patton is an American actress whose best-known role is Iris West on The Flash, which has earned her a number of nominations for her performance. However, it is important to note that she has made appearances in numerous movies and TV shows, which range from The Game to The Young and the Restless, The Bold and the Beautiful, and Days of Our Lives. As a result, Patton should be considered an experienced actress with more than a decade’s worth of roles to call her own.

Here are five things that you may or may not have known about Candice Patton:

Became an Actress Because of Lucille Ball

Like a lot of actors and actresses, Patton became interested in acting as a child. However, it was her fascination with Lucille Ball that provided her with the push that she needed to pursue her ambition in a serious manner. For those who are unfamiliar with the name, Lucille Ball was an American actress and comedienne who remains much loved for creating I Love Lucy before going on to become the first woman to run a major TV studio, Desilu Productions, which was responsible for both Mission Impossible and Star Trek.

Made Ends Meet By Working at Restaurants

Once again, Patton is similar to a lot of actors and actresses in that she did odd jobs while starting out on her acting career. To be exact, she spent two days at Bubba Gump before she quit partway through the training process because she didn’t want to memorize all of the different kinds of shrimp, though she did manage to last around a year’s time at Pink Berry. Fortunately for Patton, she started getting enough acting jobs that she could get by on those earnings, though she had to live frugally for years and years before really making it.

Has Appeared In More Than One Superhero Show

Iris West is not Patton’s first role in a TV show about superheroes. Instead, her first such role was a minor character named Olivia in Heroes, which ran for four complete seasons on NBC from 2006 to 2010. It is an interesting coincidence that neither Iris West nor Olivia are super-powered characters, though that has never stopped anyone from getting involved in superhero shenanigans in a comic book-inspired setting.

Patton has revealed that she prefers to spend as little time at craft services as possible when she is on a set. Her reasoning is simple – she prefers someone to bring her a veggie plate consisting of selections such as avocados, bell peppers, carrots, cucumbers, and hummus so that she won’t be tempted by something less healthy such as cinnamon rolls.

Is a Dog Person

Interestingly, Patton has said that she is learning to appreciate cats more, but so far, she remains a staunch dog lover. Unfortunately, her job with all of its traveling means that she can’t commit to becoming a full-time dog owner, though she is hoping that she will be able to do so at some point in the future when things settle down to some extent.