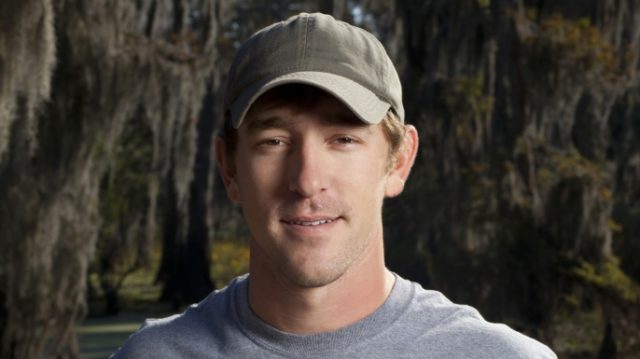 Reality television is a staple of today’s entertainment industry. From watching the drama of a rich family to learning how individuals with physical disabilities manage day-to-day affairs, reality TV seems to have something to offer everyone. For those who look for excitement, humor, and suspense, Swamp People is one of the premier options.

The show, centered on the lives of professional alligator hunters in Louisiana, is wrapping up its eighth season. For the past five seasons, Chase Landry has had a major role in the show. As entertaining as he his courageous, Landry quickly became a fan-favorite. However, while most people know him only for his appearances on the show, his personal life and background are perhaps even more interesting.

Unsurprisingly, Landry, who hunts alligators for a living, has quite an interesting life. Here are five of the lesser known facts about the reality star.

5. He is popular on social media

One might not expect a man who spends his days hunting one of the most dangerous animals on the planet to have a great deal of time for social media. Somehow, though, Landry manages to find time to express his thoughts online. His very first tweet read: “How does this work!?”

Not only does Landry use social media, he has earned himself a respectable following. The alligator hunter’s Twitter account alone has over 50,000 followers. It seems that even after 5 seasons of the show, people are still clamoring to get an inside look into Landry’s life and thoughts.

Just as with his social media presence, one might not expect an individual with such a wild profession to have settled down and started a family. Regardless, Landry and his wife recently welcomed their first child into the world. Born on March 18, Landry’s child is the newest addition to the family. She is named Riley Blake Landry and seems to be in perfect health.

The most recent estimates have Chase Landry’s net worth at around $200,000. While alligator hunting may be a lucrative venture, it can be safely assumed that he is also doing quite well considering the success of Swamp People. Given that the show seems to be growing in popularity with each passing season, he can expect his personal wealth to continue growing beyond this already respectable sum.

2. He comes from a family of alligator hunters

Time can only tell if Riley Blake, Chase’s daughter, will take an interest in alligator hunting. However, this seems likely given the fact that the Landrys have been hunting alligators for five generations.

Fans of the show will no doubt be familiar with Chase’s father, Troy. As well, his older brother, Jacob, appears on the show. It seems the outlier is his mother who works as a school teacher. Apparently, someone in the family needed a more traditional job to keep the rest grounded.

1. He has had trouble with the law

As stated above, it is no surprise that a man who hunts alligators all day would have some excitement and danger in his life. For Landry, unfortunately, this excitement went too far and ended up landing him in trouble.

In 2016, Landry was arrested for firing a gun at a shrimping boat. Apparently, the boat was speeding and showing no signs of slowing. Fearing that his own boat would be sunk (he was hunting at the time), Landry fired his gun at the boat. While nobody was hurt, there was damage done to the boat.

Often, reality television skews public perception of an individual just as much as tabloids or rumors. Sometimes, however, the personal lives of reality stars are just as one would expect. This is the cast with Chase Landry, one of the stars of Swamp People.

Just as one would expect, Landry is prone to excitement and danger. However, many people may not know how central the role of family is in his life. Not only has it influenced his career, but Landry only recently became a father. For those who hope to learn more, he is also quite active on social media. Regardless, he seems to be an interesting and authentic individual.