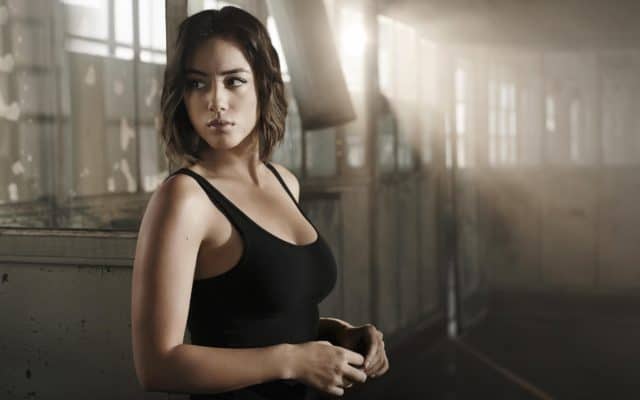 The resurgence of Marvel and on-screen adaption to comic book stories have created a lot of new opportunities for up and coming actors and actresses. There is literally no shortage of television adaptations with Deadpool, DareDevil, Luke Cage, and The Flash for starters. One series that sort of anchors all of this Marvel activity on the television networks is ABC’s Agents of S.H.I.E.L.D. This is without a doubt, the era of the superhero adaption series. What makes the Agents of Â S.H.I.E.L.D. series somewhatÂ unique is that it features a female lead and there are an entire plethora of hidden secrets that keep the fans on edge. It takes you deeper into the lives of the characters, giving you insight into how they tick. One of the show’s most mysterious and attractive characters is Agent Daisy Johnson, who is played by actress Chloe Bennett.

To give you some insight into the life and workings of the gorgeous actress, we decided to share five things that you don’t know about her.

1. Chloe Was Actually a Pop Star Before Transitioning Into Her Role

Not only was she a pop star, but she found her fame as a pop star in China of all places. What is interesting is the fact that she never felt comfortable in her life role of pop star. She says that although she experienced a certain level of success as singer and musician, she never truly felt connected to the music that she was performing — making the experience somewhat inauthentic to her. It was the lack of authenticity that convinced her that the music industry was not for her.

2. She Trained Hard for the Role of Agent Daisy Johnson

If you haven’t seen the show, Agent Daisy Johnson is a skilled trainer and she is also highly skilled in hand-to-hand combat. Chloe said that she wanted to come across as authentic as possible in fight scenes so she trained for more than six months in four different disciplines including boxing, kickboxing, krav maga, and jujutsu, which allowed her to be more confident and aware of what was actually taking place in fight scenes.

3. She Enjoys Breaking Down Barriers

One of the things fans like about Agents ofÂ S.H.I.E.L.D. is the fact that it highlights strong women in prominent roles, which is not a common thing in Hollywood. Chloe says that she remembers arriving in Hollywood and being told that she was not White enough to be a lead or Asian enough to be a best friend. The idea of Blonde hair and blue eyes being a prerequisite didn’t sit well with her, and she pushed through those barriers to land a starring role on the merit of her skills and talents. Her looks are definitely nothing to laugh at.

Chloe grew up amongst brothers who were huge comic book fans, and so she simply fell in line with that same passion. When questioned about which superhero she most relates to, the answer was easy for her. She revealed that while Jean Grey could be somewhat of a villain at times, she absolutely loves her. She admits that she is still a huge X-Men fan to this very day. She says that there is simply something about Jean Grey that resonates with her at a deep level.

5. She is Horrible With Secrets

Chloe admits that one of the things that she finds extremely difficult is hiding spoilers from fans. She is not good with secrets. It takes everything within her to not to share some of the big moments that have already been revealed to the cast, but the public is yet to see. She revealed that her boyfriend is on The Walking Dead, so she knows all of their secrets and it is literally so much pressure to hold on to those secrets and not share them with the fans, but so far she has done a good job.