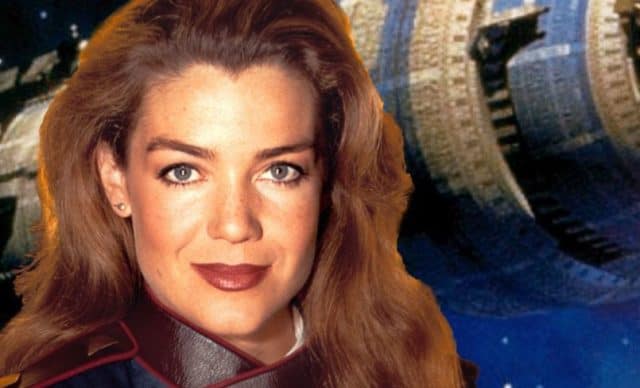 Claudia Christian is a singer and actress who is best known for playing the part of Commander Susan Ivanova on “Babylon 5.” The actress also appeared in other films including “The Hidden” in 1987, “Clean and Sober” in 1988, “Hexed” in 1993 and several others. While she’s a familiar face in Hollywood, there is much more that the talented actress has accomplished in her life. Here are five things about her that you probably didn’t know.

Christian has a face that is well known to fans, but her voice is also recognizable. Those who were fans of “Babylon 5” probably found the voice of several “Skyrim” characters familiar. She lent her voice to the fifth game of Skyrim’s Elder Scrolls video game series. Her voice is also heard in “Solar Eclipse” as Delany Kelt, “Journey Beneath the Sea,” “Atlantic: The Lost Empire” series video games, “Earth and Beyond,” “Summoner 2,” “Shrek 2,” “Halo 4,” “Secret Weapons Over Normandy,” “Guild Wars 2″ and Darksiders II.”

Claudia Christian is a writer/singer/musician

The talented actress is also a skilled writer and composer. She is credited with writing the music for her CD titled “Taboo.” She has sung on two other albums as well in the genre of jazz and blues. In addition to this, Claudia also plays guitar and piano. She has also written a children’s book series titled “The Misadventures of Miss Emma Bradford,” and a non-fiction title that was released in 2012.

Christian is currently not married

For those of you who are wondering if Claudia Christian is married, she is currently single. She was married just once, to screenwriter and producer Gary Devore. The couple wed in 1988 and he was twenty five years her senior. She endured a lot through the relationship. DeVore disappeared and the circumstances were bizarre. Christian turned to a private investigation firm to look for her husband. They found is car abandoned in an aqueduct that was off the highway. They found it odd that the car was not there in an earlier search. The relationship didn’t work out, and the couple divorced in 1992. DeVore remarried just three years later and Christian has remained single.

Christian comes from a family of medical professionals. She knew that she wanted to be an actress at the age of five, after participating in a play at her school. Her grandfather is a medical doctor and surgeon. Her three elder brothers went into the fields of genetic engineering and veterinarian medicine. She chose an entirely different career path. She worked hard to get where she’s at, working in a coffee shop and at a clothing shop, prior to landing her debut acting role in 1984 in the popular soap “Dallas.”

Not everyone is aware that Christian is fluent in a total of four languages. She is proficient in English, German, Italian and French. She enjoys acting in all of the languages which makes her an even more versatile actress. It seems that there is no end to her talents.