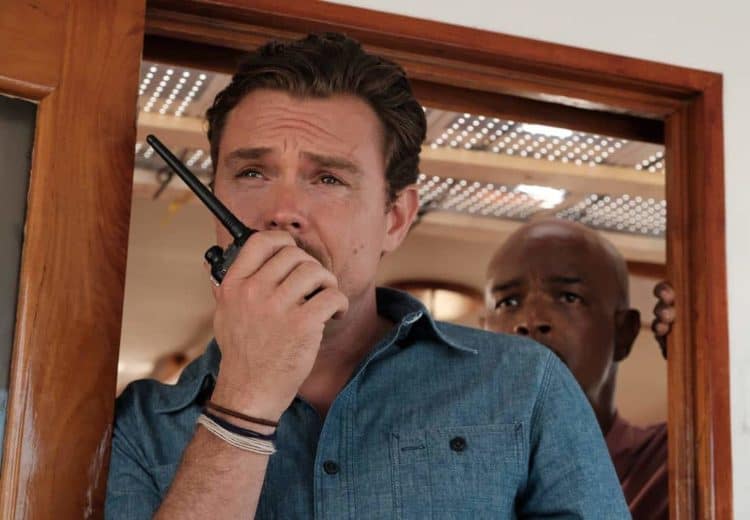 As “Lethal Weapon” returned to FOX on Tuesday nights this fall, Clayne Crawford reprises his role as police detective Martin Riggs. In the series based on the film franchise Crawford plays Mel Gibson’s character. Riggs worked for the Las Angeles Police Department’s narcotics division. Because of his recklessness he was reassigned to the homicide division and partnered with the more conservative and older Roger Murtaugh played by Damon Wayans.

Here are 5 things you didn’t know about Clayne Crawford.

His real name is Joseph

Joey Crawford was born on April 20, 1978 in Clay, Alabama. His parents names are Brian and Lennie Crawford. He also has a sister by the name of Connie.Â  While attending Hewitt-Trussville High School a small town in Alabama, Joey played basketball, football and wrestling. Following high school Joey was hit by the acting bug so his father took him to Los Angeles.

He worked in construction and played basketball

Joey played basketball for UCLA until a knee injury sidelined him. He worked construction jobs while pursuing acting. Crawford took acting classes at The Adarang Approach where fellow students included Josh Holloway and Matt Gerard. In 2000, Joey changed his name to Clayson in honor of his grandfather and the town he grew up in. Crawford’s break into acting came when his girlfriend, also an actress, was in a play when the leading man became sick so Crawford filled in for him. Since then Crawford has become a successful film and television actor. Admired for his diverse acting skills and his tall buff body, he is also a film director, producer and writer.

He is married to Sunshine Kiki Brown

Ironically Clayne Crawford dated a girl named Sunny and married a girl named Sunshine. Clayne was engaged to Sunny Mabrey in 2002 but the two broke it off. Mabrey, who was also from Alabama, is a successful actress, comedian, writer and songwriter. Crawford is married to Sunshine Kiki Brown in 2004. Brown has a daughter, Abby, from a previous marriage. Clayne and Sunshine have two children together, Joey and Colton “Colt”. When not in Hollywood, the Crawford family enjoys living on their farm in Clayne’s hometown.

In his 2 decades in Hollywood Clayne Crawford has had a prolific acting career appearing in film and television steadily. He first appeared on television as Rodney Munson on “Buffy the Vampire Slayer” in 1997. He has guest starred on several television series including the “CSI” franchise, “Roswell”, “Criminal Minds”, “NCIS”, “24”, “Leverage”, “Jericho” and “Rectify”. He appeared in the film “A Walk to Remember” in 2002. Crawford has directed two films, one short and the television series “The Barnes Brothers”. He wrote the short film “Trust”. Crawford served as executive producer for “The Barnes Brothers” and two short films, and the 2017 film “Tinker”.

He acted with his son

Clayne Crawford not only produced and stars in the 2017 film, his son also appears in the film. “Tinker” was filmed on location at the Crawford farm in Clay, Alabama. Aside from his latest film, Clayne Crawford continues his successful career on television in the “Lethal Weapon” series.