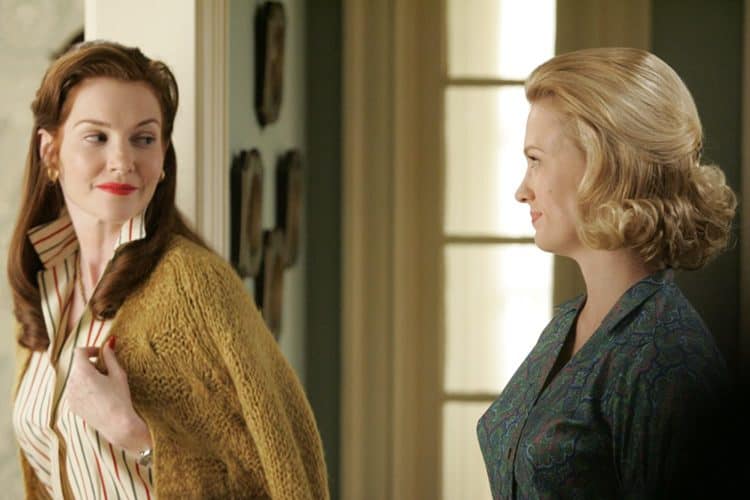 Darby Stanchfield seems to be the type of actress that you can depend on as a solid costar or as someone that could possibly take the lead role of a movie if you needed someone to fill in or were willing to take a chance. She’s proven that she’s a solid actress and could possibly step in when asked. Her acting credits aren’t as long as some but she’s got enough experience to call it a career and is capable of showing up when she’s needed so that the production can go ahead as scheduled. In other words she’s a hard worker and a very professional individual that knows what it takes to get the job done.

Here are a few other things you might not know about her.

5. Her uncle is the Disney animator Walt Stanchfield.Â

In show business it can really depend on who you know and who you can tap in order to make your way forward. Of course it pays to earn your way up and not rely so heavily on anyone else’s name since your own fame is what you gain by your own pluck and desire to make yourself known. Stanchfield might have a famous uncle but she’s definitely standing on her own two feet.

4. In one episode of Scandal she’s slapped three times by Kerry Washington.

Sometimes it looks like those slaps really hurt and aren’t at all pulled. There have been accounts of actors that have been punched, slapped, kicked, and otherwise really hurt when the cameras are rolling. Â In a lot of cases the actors aren’t trying to hurt each other but for the effect sometimes the sound of it has to be real and Â multiple takes and different scenes can be difficult.

3. She’s been a prominent character in several TV shows.

Darby has been a very busy woman since she’s had a role in so many TV shows during her career that she’s had to put on a great many different personas without getting them mixed up. Â That can’t be easy all the time when every character and role has a different motivation and a different back story to follow. Kudos to her for being able to keep them all straight in her head.

2. She has a major in communications and a minor in theater.

It’s possible she might have wanted to do something else with her life while in college but that minor in theater kind of says that she never really considered staying away from the theater altogether. Sometimes we tend to focus on the bigger picture before narrowing it down to what we really want. Thankfully she decided on a career as an actress.

1. Her filmography is fairly modest with more TV show appearances than films.Â

She’s been in a lot of lesser known films but she’s definitely made a reputation for herself in TV. Some people shine in different venues. It’s all a matter of where you feel the most comfortable and which medium suits you the best.