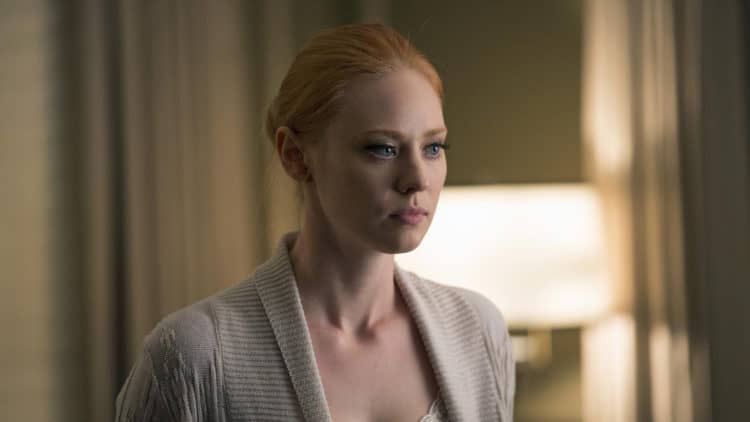 Deborah Ann Woll is an American actress that’s been very busy since 2007 when she came on the scene. She’s had an extensive education that has led her to the current position she’s in and has been quite busy since starting out on her quest to make a career. If you don’t quite recognize her you might need to watch the shows True Blood, Daredevil, or even The Defenders. She’s had a good number of roles in film and in TV so far and her career just seems to be making its way steadily along as she continues to put herself out there for the public to see. Unlike a lot of other actors however Woll tends to believe that she simply blends into the crowd more often than not, which is why you’ll see her sporting red locks rather than her natural color more often than not.

It stands to reason that a person that wants to be counted will do something to get attention.

5. She is an experienced theater performer.Â

She’s been up on stage more than once and been quite well-received. It’s been a trend for a while it seems for many actors to either start on the stage or find their way towards it eventually in order to either hone their skills or do something that strikes their fancy just a little more. Sometimes it can be seen a nice break from the big or little screen, and sometimes it can be seen as a good starting point.

4. She is a natural blonde.

Woll believes that she tends to blend into the crowd with her fair skin and blonde hair so she dyes it red in order to stand out a bit. This almost feels like a bit of paranoia but it could be a comforting thing so if it works then it’s advised for others to just go with it and don’t bother commenting. It’s important to feel comfortable in your surroundings and this obviously works for her.

What this means is that she can’t eat anything with gluten as it might make her sick. I’ve noticed throughout the years that more and more people seem to be coming out with food allergies that didn’t seem so prolific in decades past, and were almost never spoken of in the centuries prior. Either people didn’t know about them, the diseases they did have were too horrific, or they just didn’t exist in their current form yet.

2. She prefers the edgier moments in life.

Woll isn’t into knowing what comes next based on a formula that might be followed for a story or even a real life situation. She much prefers to deal with life as it comes without knowing what’s going to happen beforehand.

1. She doesn’t consider herself a glamour girl.

A lot of women might say this but then take about two to three hours to make sure everything is perfect before they step out into the public eye. Woll is more down to earth and prefers simplicity over everything else. She wants to stand out at work but likes to enjoy her life outside of it.

She seems like a really interesting and even simplified person.