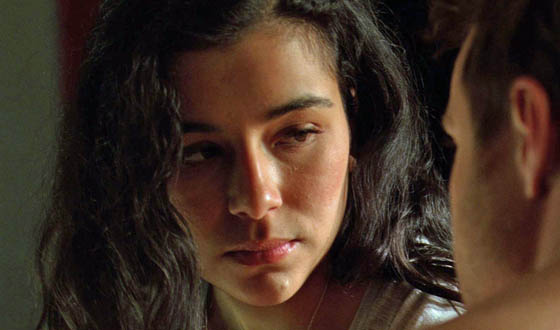 Entertainment value aside, perhaps the greatest aspect about today’s growing television industry is the fact that people from all walks of life can be represented on screen. Hollywood productions are moving towards equality, meaning that all ethnicities, sexual orientations, and genders are able to feel a connection with prominent characters. One actor whose roles have certainly helped others feel represented is the incredibly talented Emily Rios.

Rios is an American actress with Latin heritage. She is also openly lesbian. While these are simply parts of who she is, and her acting ability is the cause of her success, these traits allow many people to connect with her performances. Fans likely know her best from her roles on Breaking Bad and The Bridge. She is now appearing in Snowfall. For fans who want to know more about this talented actor, here are five of the most interesting facts about Emily Rios.

5. Her death on Breaking Bad was heart-wrenching for everyone

One of the most surprising and powerful moments from Breaking Bad was the death of Rios’ character. However, it was not just fans who were moved by the scene. Apparently, it was quite shocking for Ian Posada, the child actor who portrayed Rios’ on-screen son. The two had clearly formed quite the connection, as Ian cried while watching the episode. Rios even said she called the boy to calm him down, telling him that she was just fine.

4. She was discovered in a mallÂ

Given Rios’ incredible success and ability on screen, one might assume that she had spent many years training and auditioning. However, her introduction to the industry was much more surprising. Rios was just out with some friends at a shopping mall when she was discovered by a talent agent.

3. Her family is very religiousÂ

While most people would not associate a gay individual with a conservative family, this is nothing more than a misconception. Rios is the perfect example of how the two can coincide, as she is proud of her sexuality and comes from a very religious family. She was raised as a Jehovah’s Witness and her family is very deeply concerned with their religion. Although it took a while for her family to realize that her sexuality was simply a part of her, they are now incredibly supportive. She attributes this to her Mexican heritage, as she feels that family is of the utmost importance to Mexicans.

2. She wants to provide a better representation of gay people

Too often, shows that intend to represent the gay community end up creating caricatures instead. Unfortunately, prominent gay characters are frequently made to be hyper-sexualized or nothing more than a sassy best friend. For Rios, landing a part as a lesbian woman comes with a responsibility to provide a better representation of what gay individuals are actually like. According to Rios, the best way to represent gay people is to portray them as people. While this is obvious, it is rarely achieved. For Rios, gay characters should be explored in the same way that other characters are, and their sexuality should simply be incidental.

1. She is actively involved in how her characters growÂ

Despite achieving incredible success, Rios’ career is still fairly young. It is very impressive, then, that she has a great deal of influence over her characters. In fact, her character on The Bridge was not originally intended to be gay, but was altered when Rios auditioned. Further, she worked closely with Elwood Reid to portray the character in the most accurate way possible in terms of her sexual orientation.

Although Hollywood is moving in the right direction, casting more diverse actors in major roles, there is still much work to be done. Luckily, there are actors like Emily Rios who are working closely with producers in order to create powerful and accurate representations of all people. After being discovered in a mall, Rios has seen incredible success, appearing in some of television’s biggest shows in recent years. With her starring role in Snowfall, fans will undoubtedly be treated to many more stirring performances.