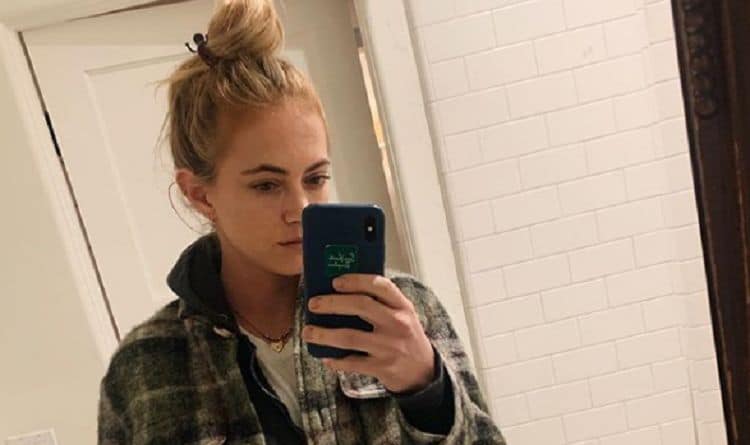 Emily Wickersham is an actress who was born in Kansas on April 26, 1984, but grew up in Mamaroneck in New York. She has both Swedish and Austrian ancestry. She made her acting debut in 2006 when she appeared as Jules in one episode of â€˜Late Night with David Lettermanâ€™. In the same year, she also had a small part in â€˜Parco P.I.â€™ before landing the recurring role of Rhiannon Flammer in the HBO series â€˜The Sopranosâ€™. She played this role between 2006 and 2007. Since then, she has continued to work in both television and film. She is now best-known for playing NCIS Special Agent Elanor Bishop in â€˜NCISâ€™, an action police television series which is aired on CBS. Here are five things you probably do not know about Emily Wickersham.

1. She is Married to Blake Anderson Hanley

On November 23, 2010, Emily Wickersham married Blake Anderson Hanley. He is a musician from Palm Beach. The couple married in the Florida Keyes on Little Palm Island. Their wedding reception was held at the Bath & Tennis Club.

2. She Has Appeared in Six Films

Although she is best-known for her television roles, Emily Wickersham has also appeared in six films. She made her movie debut in 2007 playing the role of Kate in the â€˜Gardener of Edenâ€™. Her most recent movie role was in the 2015 film â€˜Glitchâ€™. Her other movies include â€˜How I Got Lostâ€™, â€˜Remember Meâ€™, I Am Number Fourâ€™, and â€˜Goneâ€™. The latter was one of her larger movie roles as she took on the part of Molly Conway in this 2012 mystery thriller film that was directed by Heitor Dhalia and starred Amanda Seyfried.

Emily Wickersham loves animals. She has often used her social media accounts, such as Instagram, to post pictures of her pet dog or photos of herself interacting with animals. She also posts funny animal pictures on both Instagram and Twitter. Therefore, she is a fun person to follow on social media if you cannot resist a cute animal photo. She is also worth following if you enjoy fun throwback Thursday shows as there are plenty of mentions about these in her posts.

4. She Was in a Television commercial

Emily Wickersham once appeared in a television advert for MTailor. This is an automated digital custom shirt measuring app. It is designed to help men buy formal suits and dress shirts that are made-to-measure to a high-standard so the clothing is the perfect fit. All men need is a phone with a camera to use the app. In the advert, Wickersham advises men to stop wearing another manâ€™s shirt.

5. She is Popular with Her Colleagues

While on many shows there is a lot of behind the scenes backstabbing, this couldnâ€™t be further from the truth about the cast and crew of â€˜NCISâ€™. In fact, Emily Wickershamâ€™s colleagues adore her. Gary Glasberg, the executive producer for â€˜NCISâ€™, has openly talked about enjoying having Wickersham on the series. He described her as having a contagious enthusiasm and energy and says he can see great things for the actress in the future.