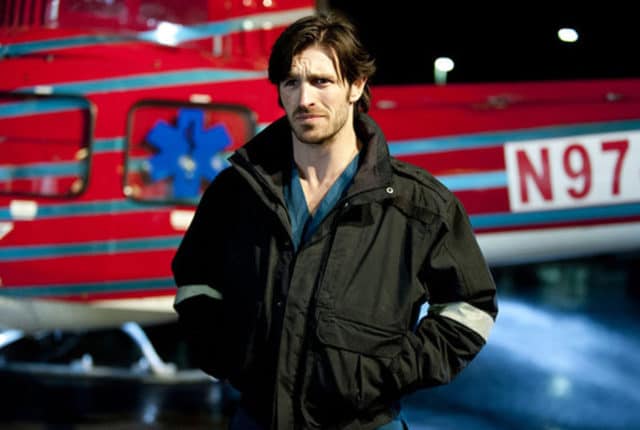 Eoin Macken is an Irish actor who is best known for his role as Dr. T.C. Callahan in the television series “The Night Shift (2014-current). In case you’re wondering, his name is pronounced Owen. Eoin is the Irish version of the name. He was born in Dublin, Ireland in 1983. He’s quickly becoming a favorite because of his recent television role that has given him massive exposure to the public. Eoin is quickly amassing a larger fan base because of the tremendous popularity of the show that is in its third season. Here are five things that you didn’t know about him.

He was a model

Eoin is a strikingly good looking guy. When he was just 19 years old, he became a model and achieved success in this vocation. He worked for GQ magazine as well as for Abercrombie and Fitch and Ralph Lauren. He was off to a good start early in life. He left modeling to become a full time actor

Eoin is multi-talented but he did not put his education on hold to pursue his dreams of modeling and acting. He earned his degree in psychology from University College Dublin, which is a major feat when you consider everything else that he had going. This shows the world that Macken is forward looking and doesn’t put all of his eggs into just one basket.

He is also a director

Macken had a dream of becoming an actor. He spent time in Los Angeles, California and joined the Attic Studio of Drama. It was fat this time that he got into directing. His first job in this profession was with the short “Dreaming For You.” It was a film about young people who hit Tinseltown in hopes of making it big as actors. He also directed and shot a psychological thriller in his home country of Ireland called “Christian Blake.” Net, he appeared in “Fair City” a serial drama as an actor.

He is also a filmmaker

Macken shot a feature film called “Leopard” in 2013. The movie was both written and directed by him. In addition, he starred in the film with Tom Hopper. The film told the story of two brothers from an small Irish village who were social outcasts. Their father died unexpectedly and the two were less than friendly with one another until they find a girl who had been dumped in the moors.

Eoin Macken is a smart guy who knows how to finance a movie. When the filmmaker wanted to complete the shooting of “Leopard,” he needed a little extra funding to get the job done. He resorted to the popular Indiegogo site and established a campaign. This partially funded the project and helped him to get everything done in the timelines that he had established for the project.

Eoin Macken is a talented actor who is gaining in popularity, but there is so much more to him. He has proven his mettle in directing, writing and filmmaking in general. He knows how to gather resources and inspire the best from his cast.