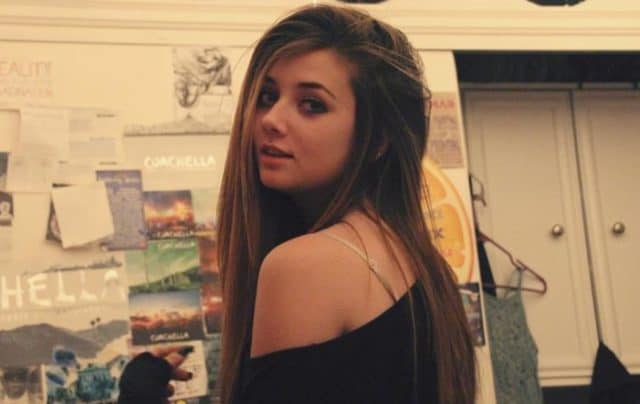 It’s hard to report much on those that haven’t done a whole lot yet in their careers but so far Giorgia Whigham is on a roll when it comes to the shows she has been on.  In the past two years she’s been making a big impact in the industry and has made sure that she’s one of the names on the lips of fans be it her character or her own that people are talking about. It might take a little more time for her to become a common name like other actors but right now she’s on the fast track towards making something of herself and making sure that people keep talking about her.

If she’s good enough at what she does then it shouldn’t take too long.

She starred in a short film titled Pinky, which elevated her just enough to the point that she started receiving offers for parts on other shows. From this point on there’s really no telling where she’s going to go since she  is still fairly new and could land on any number of shows and possibly in the movies. The first few years of a stars life in the industry at this level seem to be uncertain at best and extremely busy.

4. She’s a regular on The Punisher.

As Amy Bendix she’s an addition to the popular Netflix show that may or may not be remembered by a lot of people but is still worth taking a look at as the show itself is something kind of special. Marvel has been pushing its own shows in a big way and just to be a part of something like this is likely enough to make sure that her career moves in the right direction. Plus it’s something impressive to put on the resume.

A lot of people have expressed concerns about this show considering its content and how it might affect younger viewers that could be suffering through the kind of depression that the main characters are feeling. At last glance the show added a visual disclaimer by the actors before the show started to inform those watching that if they had a problem then they needed to contact someone that could help.

The Orville seems like a stab at Star Trek and has been criticized by many people as well as praised by others. Seth McFarlane’s attempt at a science fiction show seems like it might be a fun and engaging idea but differentiating his show from many others might have been a good idea to consider. Otherwise it really seems like this show is just a giant spoof of other shows. It’s not bad though, as it is pretty funny.

1. She had a part on Shameless.

Anyone that’s ever been on this show as a regular or a guest can at least claim that they had part in something very special despite how wrong the show is on so many levels. Despite being about a family that basically does whatever it takes to survive, meaning lying, cheating, stealing, defrauding, whatever, it’s still a classic show.

She’s going in the right direction, that’s for sure.