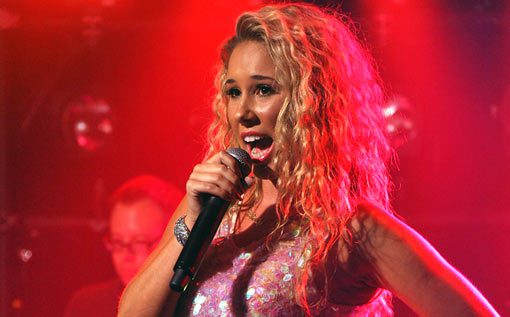 Finishing third in American Idol is very impressive, and it helped Hailey Reinhart to launch a career that’s been getting hotter with each passing year. Her star has been on the rise thus far as she’s gone from singing to voice acting and even writing her own music from time to time. Right now there’s not a lot that she can’t seem to do, and people are starting to stand up and take note.

5. Hailey was born to musicians.

Her skill and her drive are easy to see considering that both of her parents are musicians. While it’s not a foregone conclusion that musical parents will have a child that is into music, it’s a safe bet most times. Hailey took to music with a love that hasn’t dimmed in the years since middle school when she started to write her own songs. She’s always been extremely passionate about her musical talents and is always looking to improve and find new ways to express herself through song.

Admittedly this era in music was groundbreaking and still carries a very big influence in today’s pop artists. A lot of people try to model their music after those two decades and are starting to bring the sound and the feel back to the mainstream in an effort jog Americans’ memory of a different time.

3. Recently she was arrested for punching a bouncer.

The interesting part about this is the media spin that’s been put on it. Allegedly she and her friends were escorted outside after getting a bit too rowdy in the bar. They supposedly turned over a table and caused a bit of trouble. When they were being escorted outside Hailey decided to ball up her fist and strike one of the bouncers. Standing at a modest 5 feet and 2 inches, there’s not a lot to suggest that Hailey could put much into a blow, but she was still arrested and is facing assault and battery charges. One almost tends to think that this would be more embarrassing for the bouncer than vindicating if the decision didn’t go Hailey’s way.

2. She sang the National Anthem for the Dodgers v. Mets game recently.

Some would claim it’s not a big thing to sing the National Anthem for a pro game, but it’s definitely a nod to their fame and position that any musician would be asked to do this. Singing the National Anthem is a big honor that most musicians would gladly accept. Considering that she has such a sweet and melodious voice it’s no wonder why she was selected.

1. She was the ‘sassy’ contestant on season ten of American Idol, where she placed third.

Hailey had no trouble telling the judges just what she thought, though at least she was respectful and listened. Unlike other contestants that gave the judges way too much flak and thought too highly of their skills, Hailey was able to take the criticism and come back to rock the stage to the enjoyment of the crowd.

We’ll have to wait and see what happens with Hailey’s sentencing come this August, but chances are that she won’t allow this to halt her music career in any way. More than likely she’ll be back onstage and rocking the crowd just like she always does.