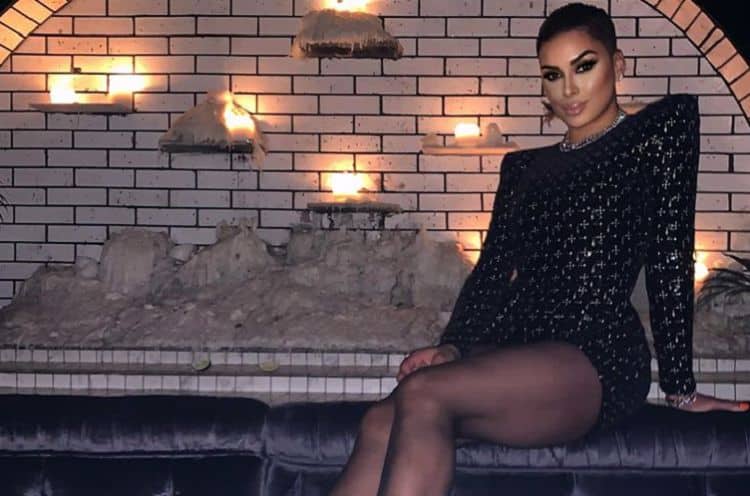 It seems that television watchers cannot get enough of reality TV. You have Little Women of Atlanta, Real Housewives of Atlanta, Basketball Wives and more. Well, one thing is certain is that many things that used to be private among celebrities and their families are not being hashed on before a national audience. One wife that has definitely made her rounds on Reality TV is the gorgeous Laura Govan, the estranged wife of former NBA star Gilbert Arenas. The many troubles between Govan and Arenas have been openly chronicled on the show and in the media.

This ride for Govan has been so tumultuous that she has come close to a nervous breakdown. While these types of shows appear to open of all of the secrets of its stars, we want to share five things you didn’t know about Laura Govan.

1. Gilbert Arenas Went to Great Lengths to Stop Her From Being on the Show

It is not surprising that a person like Gilbert Arenas would not want the mother of his children on a reality show where the women are consistently airing their dirty laundry. It seems that Gilbert may have had good reason not to want Laura on the show. She has accused him of abandoning her, among numerous other accusations. There was a time that the drama between Laura and Gilbert was the talk of the tabloids.

2. Laura Govan Has A Strong Connection to Basketball

While most of the Basketball Wives are women who happened to marry a professional basketball player, Laura actually played basketball herself. She played and coached and the college level, and she attempted to play overseas, but her career was cut short by injuries. She was actually working for the Golden State Warriors when she met Gilbert Arenas, and the two began to develop a romantic relationship.

Many people view the wives of professional athletes as dumb women who are looking for a free ride, or for a lack of a better term – gold diggers. Well, as it turns out, Laura has a Master’s degree in Sports Psychology and was pursuing her doctorate when she begin having children, so she stopped the pursuit of her academic career to be a mother. Well, once she started having children, she did not stop. She has birthed four children in five years.

4. She Joined the Show to Get From Underneath Gilbert’s Shadow

When questioned about why Gilbert went to such great lengths to stop her from being on the show, she revealed that he is actually an immensely shy and private person, and he did not want their laundry aired for all to see. She said that the way she viewed it was that most of it was already out there and she thought being on the show would at least give them some control over how the story was being told. Plus, she said that she was always under Gilbert’s shadow, and this was a way to do something on her own.

5. She Agrees with the Criticism of the Show

Surprisingly, when asked about the criticism that the show receives, she responded by saying that she agrees with it to a certain extent. She revealed that the producers of the show do what is necessary to create an environment to give the fans what they want. She admitted that it was pretty sad that people would get enjoyment out of seeing women fight, referring to her fight with Malaysia on the first episode of Basketball Wives: L.A. She recalls how embarrassed she was by being in that fight, and says that Malaysia is actually a good person.