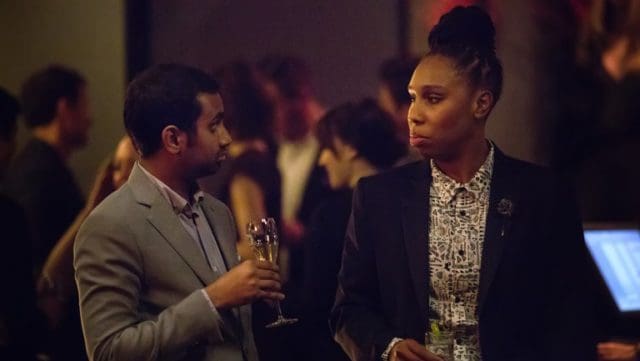 Right off the bat Lena is not that well known as of yet as she does have a small fan base in comparison to most but is still building a career. So far what she’s been credited for goes back to 2011, which is not that far back but just far enough that she can claim that she is now a part of Hollywood and its scene. Thus far she’s proven that she is talented and more than belongs there for her comedic wit, acting skills, and her ability to help write a very believable script.

Now all we have to do is sit back and watch and hope that she continues being who she is.

5. Acting was not her first choice of career.

Not everyone just falls into acting. It’s a career that calls to some and seems like a good idea to others. For Lena though it had some appeal but not as much as simply telling the story. For some that seems to be the more ideal position since it doesn’t force a person to get out in front of others with their material but can still help to get their main point across.

4. She started as a writer.

Screenwriting is a lot different from what most people would dub regular writing. It’s more straightforward, to the point, and leaves out the wealth of description that book writing is so invested in. Yet for all that, screenwriting is the essence of a good script and how it becomes a believable act that people can relate to and enjoy. If nothing else screenwriting is telling the story in a more realistic fashion.

3. She stars on Master of None.

Her original intention wasn’t to star on the show but to write for them. However when Aziz Ansari decided that she needed to be on the show itself there wasn’t a lot more to be said. Lena was brought in to fill a role that was originally cast for someone else, becoming a fixture in Master of None that many people have responded to with a level of positive energy that was not expected.

So far she’s been involved in Hollywood for less than a decade but she’s already turning heads as she delivers one performance after another. As it’s been found of late one doesn’t need to be in the industry for a decade or more to start earning nominations and even awards. The level of skill and passion being brought forth by the next generation of actors is showing through very easily, and it’s appreciated.

1. She is very open about being a lesbian.

Lena came out in the mid-1990’s when it was still a rather controversial thing, and has been very open about it since. Needless to say life couldn’t have been easy for her, but she’s admitted that as of late things have gotten a bit better since there are admittedly much larger numbers of people that are finding it necessary to be honest and live their lives as they see fit.

Let’s hope we see more of Lena in the future.