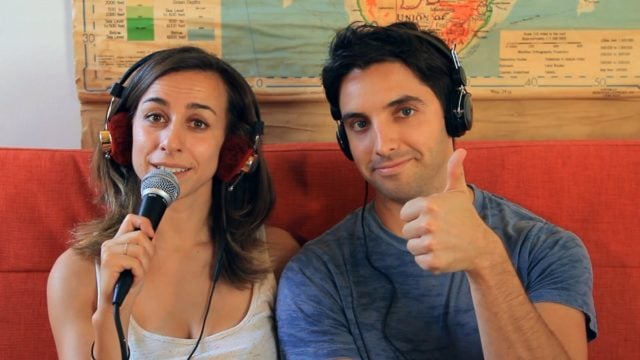 Lucia Aniello started out as a comedian, but today she is best-known for her work as an actor, a director, and a writer. She is recognized for her work on Broad City as well as Time Traveling Bong, but it is interesting to note that she is not just the director but also one of the two writers of Rough Night. Here are five things that you may or may not have known about Lucia Aniello:

Grew Up in Hadley, MA

Before she moved to New York City, Aniello lived in the small town of Hadley, which can be found in the state of Massachusetts. In brief, it is situated in the Springfield Metropolitan Statistical Area, which is distinguished by the fact that Springfield, MA is the first Springfield in the whole of the New World as well as the biggest city that can be found in western New England. Overall, it is interesting to note that Hadley serves as something of a shopping destination for its surroundings because of the malls that can it home.

When Aniello moved to New York City, she did so for the purpose of attending Columbia University in the City of New York, which should be better-known to most people as just Columbia University. It is the fifth chartered institution of higher learning in the whole of the United States, which explains why it was renamed from King’s College to Columbia College after the American Revolution. Regardless, Columbia University has an outstanding reputation not just in the United States but also in other countries situated around the world, which can be attributed in no small part to the numerous alumni who have called it home over the centuries.

Member of the Upright Citizens Brigade

Aniello is a former member of the Upright Citizens Brigade. In brief, said organization is a troupe that specializes in sketch comedy as well as improvisational comedy that started out in Chicago because of its emergence from central Chicago’s Improv Olympic before moving over to New York City where it found receptive audiences. Aniello is far from the sole member of Upright Citizens Brigade to have found of a measure of fame, seeing as how other alumni range from Amy Poehler and Horatio Sanz to Neil Flynn and Adam McKay.

Together with Paul W. Downs, Aniello makes up Paulilu, which is a comedic duo that has collaborated on numerous media projects over the course of their careers. For example, Aniello was the one who cast Downs as Trey on Broad City‘s pilot. It is interesting to note that Paulilu met at a class at the Upright Citizens Brigade while wearing similar clothes, which they now believe to be a sign of their future cooperation.

For people who are interested in Aniello’s works, it should come as no surprise to learn that she has a strong interest in feminism, though her particular method for promoting it might not the first thing that comes to mind for most people when they think of the concept. For example, she is involved in Time Traveling Bong, which is a feminist take on what has traditionally been a male-dominated sort of movie that also happens to comment on the treatment of minorities throughout American history.