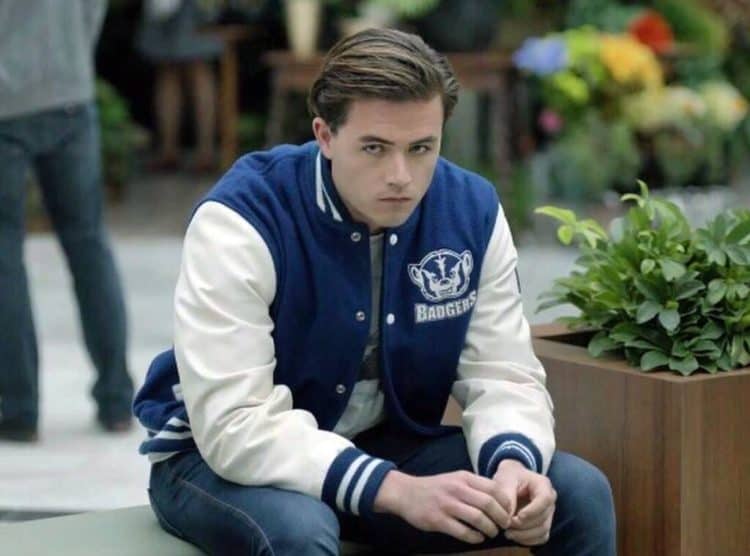 One thing that you can definitely count on from Hollywood and that is a constant influx of new talent to feed the insatiable appetite of television viewers and moviegoers. Every year there are new televisions series that feature new up and coming actors and actresses that quickly captivate their audience and expand their fan base. One such show is Spike’s new series, The Mist, which has already garnered a great deal of attention from television viewers. Not only is the plot thick, but the show’s new star Luke Cosgrove has caught the eyes of America’s young women.

While the ladies are hooked on Luke’s looks, there are a number of things that most of them don’t know about this rising star, so we decided to share five things that would provide some insight into who Luke Cosgrove really is.

1. He Still Looks To His Parent for Advice

In a society in which the youth can’t wait to break away from the influence of their parents, it is refreshing to see a celebrity who still understand the importance of wisdom, loyalty and unyielding support. Cosgrove admits that whenever he finds himself in need of advice, inspiration or support, he still turns to his parents who are readily available to give it to him – with no strings attached. He reveals that they have the ability to always find a way to reach him.

2. The Mist is His First Big Break in the Entertainment World

While his aspirations to be an actor are nothing new, Luke admits that The Mist is his first big break into the spotlight. If the what has been seen of him so far will be common, we can expect a lot more from him in the coming years. He has the charisma, and the professionalism to make acting a long-term career. When you add the fact that he finds ways to remain grounded, it is safe to say that he has what he needs to survive the pressures associated with becoming a celebrity.

3. He is a Jimmy Fallon Fanatic

One thing that is extremely common among rising stars and that is the fact that they almost always are a fan of someone in the business that has experienced an immensity of success. In Luke Cosgrove’s case, one of his favorites is Jimmy Fallon. He does not only watch Jimmy on television, but he literally spend hours watching clips of him on YouTube – now that is a true fanatic.

Leonardo DiCaprio has made Hollywood is home, and he has endeared himself to millions of fans who admire his masterful work behind the camera. While Luke Cosgrove definitely has an appreciation for DiCaprio’s body of work in films, he is actually most impressed with what DiCaprio has done as a philanthropist, which speaks volumes to the type of person Cosgrove is. Hopefully, some rising star will be able to say the same thing about him in 10 years.

If there is one thing that becoming a celebrity does is it gives you the freedom to be who you really are in how you present yourself. When you think of stars like Leonardo DiCaprio and Johnny Depp, the first thing that comes to mind is that they dance to the beat of their own drum in almost every way, including fashion, and Cosgrove has followed suit with a highly retro sense of fashion.