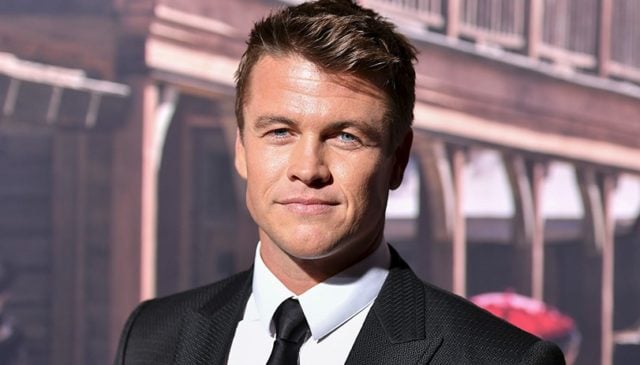 Luke Hemsworth is an Australian actor who was born in Melbourne on November 5, 1980. Although he began his career in 2001, he was initially only well-known in Australia and predominantly worked in television. Gradually, he has become famous internationally and began starring in films. He is currently best-known for his role in the 2017 superhero film ‘Thor: Ragnorak’. Despite him now enjoying international fame and success, there are probably many things that you do not know about this actor. Here are five things you might not know about Luke Hemsworth.

1. He Has Two Famous Brothers

Luke Hemsworth is not the only talented person in his family as he is the oldest of three boys who are all actors. His brothers are Chris and Liam Hemsworth. Chris Hemsworth is the middle of the three brothers and best-known for his roles in ‘Star Trek’, ‘Snow White and the Huntsman, ‘Red Dawn’, ‘Rush’, and ‘A Perfect Getaway’. Liam Hemsworth is the youngest brother and he is best-known for his roles in ‘The Last Song’, ‘The Hunger Games’ series of films, and ‘Independence Day: Resurgence’. Despite all three brothers having acting careers, their parents do not have a background in acting. Their father is a social services counselor and their mother is an English teacher.

Hemsworth is a family man and he has been married to his wife, Samantha, since 2007. The couple has since had four children together. Their oldest daughter, Holly, was born in 2009 followed by Ella in 2010, then Harper Rose in 2012. Their youngest child, Alexandre, was born in 2013. The family lives in Phillip Island.

3. He Starred in ‘Neighbours’

Luke Hemsworth’s first acting job was playing the role of Nathan Tyson in the popular Australian soap opera ‘Neighbours’. This was a role that he played for 10 episodes between 2001 and 2002. It helped to launch his career in the television industry and this soap has also launched the careers of many other Australian stars.

Although he has a busy professional life and a family, Luke Hemsworth still finds time to enjoy his hobbies. He is particularly passionate about surfing, fitting in with the stereotype of young Australian males, and this is something that the actor has regularly discussed during interviews. He once said that he could only live in London if there was better surf. He has also said that he has seen sharks while surfing in the ocean but that it has never put him off surfing or made him get out of the water.

Luke Hemsworth already has his next projects lined up. He is starring in an Australia war film called ‘The 34th Battalion’. This movie is co-written by Ian Sparke and Luke Sparke, the latter of whom also directed and co-produced the film. It is about four friends who all join the battalion to serve on the Western Front in 1916. Starring alongside Hemsworth is Emilie de Ravin, Vinnie Jones, and Claire van der Boom. It is set for release later in 2018.