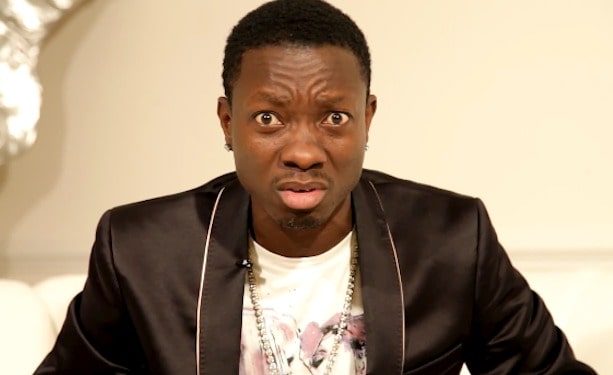 If this guy looks familiar you’ve probably seen him on various programs and might have caught his stand up routines a time or two. Michael Blackson is a noted funny man that is still creating a career in which he’s definitely been seen to be funny but has yet to really hit the kind of stride that would get him noticed in the same manner as other comedians that have hit the big time and never slowed down. He’s still fairly young though, he’s got a shot at hitting it big.

As it is he’s pretty funny and has done a lot so far in his career.

He was born in Ghana in 1972 and didn’t make his way to the US until 1987. When he first got here there wasn’t much else for him to do but attempt to make a name for himself and so a friend recommended that he do stand up comedy. After deciding that it would be the best idea he went and started testing out material to see whether or not he had what it took to get up onstage and make people laugh. Obviously something clicked as he’s been doing it now for a good long while.

4. His biggest inspiration is Eddie Murphy.

Eddie Murphy was the icon for a while when it came to comedy. He was exceedingly dirty when it came to Delirious and Raw, but he was still funny enough and clever enough that he inspired a whole generation and more of individuals that wanted to follow in his footsteps. Blackson resolved to his own thing but cited Murphy as his biggest inspiration since he was such a famous star and had made a living out being a comedian.

3. He played the “angry African man” in Next Friday.

He doesn’t have the biggest part since what he really does is walk into Pinky’s record store shouting profanities and making wild accusations. His African accent is a nice touch to the character since it makes him sound just a little crazier. After confronting DeDe and then attempting to walk away though he runs into Craig, who shoves him to the ground and then tells him to get out of the store.

On the advice of a friend he started doing stand up. Since that point he’s been seen in clubs, on TV, and in competitions that have seen him produce some of his funniest material for the audience. It can be a rough gig but he’s learned what a lot of comedians have learned in the past and knows his audience and what he can and can’t say to make them laugh.

He’s showed up a few times on the TV version of Are We There Yet? and has also been on The Mo’Nique Show. Blackson has also been featured in music videos with B.o.b. and made an appearance on the show 30 Rock.

He’s done a lot of stuff, but it’s hard to stand out with so much competition.