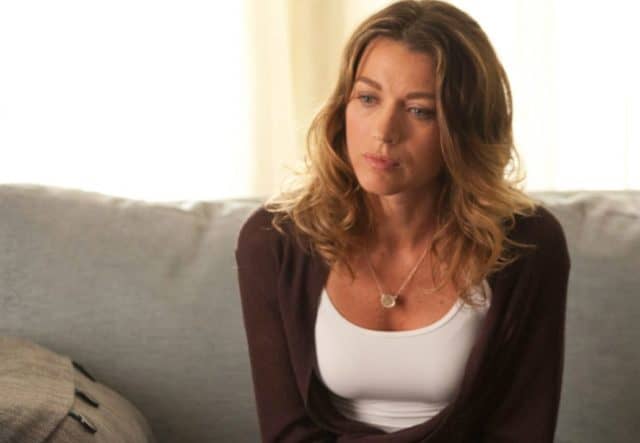 Natalie Zea is a very passionate actress that loves what she does and throws herself into her roles with great zeal. She was born and raised in Texas before making her way into the big time by becoming an actress and landing several smaller roles and starring in commercials to begin with. From that point she went on to star in TV shows here and there and made appearances in short films as well. She’s made her way steadily along by taking on various roles and continuing to expand her resume, which has grown to an impressive length at this point with her many TV appearances and movie roles that she’s accumulated over the years. She’s been active as an actor for a little over 20 years now and she’s still going.

Here are a few things about her you might not have known.

Anytime a woman past the age of 35 has a child it’s considered to be a lot riskier even if one is in good health and takes care of themselves. The potential risk to the child and the mother continues to grow, but that doesn’t mean that it’s a sure thing that anything will happen. A lot of times however if the mother does in fact stay healthy things tend to go okay.

4. She graduated from the American Music and Drama Academy in New York.

Natalie often uses this whenever needed to fall back on just to let people know that she’s done her time and gained the necessary knowledge that can help her with her craft. There’s never much need to cite one’s education that often if the person is able to show that they’ve learned something, and Natalie is very often knowledgeable and capable enough that she can fill any role she’s put into.

3. She usually plays the love interest in whatever she does.

She’s a very attractive and sensual woman so it’s not too hard to believe that she gets typecast very often. Not only that but she’s very good at the playing the role of the love interest in several various ways, and not always the damsel that needs a man to help her out. She definitely wants to diversify to show that she can do more, but this type of role seems fashioned for her a lot of times.

2. She loves doing comedy as well.

As alluded to above she doesn’t want to be known just for doing one type of role and nothing else. Natalie is interested in and wants to do comedy as well. When she told this to the people in charge she was greeted with something akin to disbelief. In return she replied that she’s not a one-trick pony and doesn’t want to be seen as such. That’s the kind of actor that needs to be given a chance at what she wants to do.

1. She has a rather impressive filmography.

A lot of her roles are TV-based but there’s an impressive lineup of film roles as well. Natalie hasn’t been idle since she got started and has made it known that she’s an active player in Hollywood that’s there to stay.

We should be seeing more of her in the years to come.