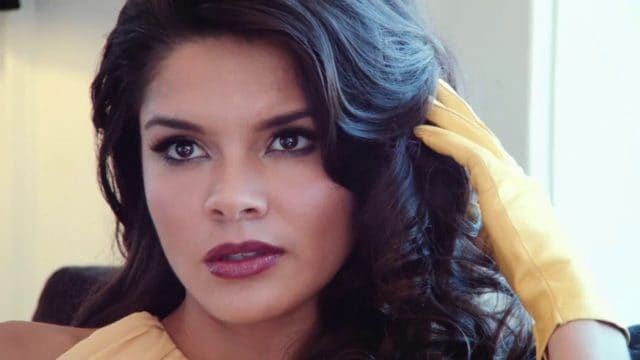 Paola Paulin is best known for her appearance in the HBO series “Ballers.” She also hosted the CNN Latino “Vida Miami” in 2011. Most recently she has made the news as rumors of a new relationship with teen pop idol Justin Bieber have surfaced, but these have not been substantiated by either of the stars. Here are five other things that you didn’t know about Paola Paulin.

1. She is also a voice actor

Many celebrities who lend their voices to popular animated series are not widely recognized for their contributions Of course, they receive credit, but not all fans read them as they roll across the screen. Paola Paulin was a voice actor in “South Park” among a few others.

Paola earned a degree in International Business Management from Pontifical Bolivarian University. She earned the distinction of traveling to Washington D.C. in an elite group of just twenty to represent the country of Columbia while in college. In addition to this, she has received training in all the major performing and acting techniques including the Lee Strasberg method, the Meisner Technique and the Uta Hagen Technique. She has also completed courses in improv, comedy and screen action with assistance from diction coaches in both Spanish and English languages.

3. She worked for the government

Paola Paulin earned professional credentials and performed at such impressive levels that she was employed as a government worker. This was no small feat. After graduating with her degree in International Business Management, Paulin worked for the Trade Bureau of the Columbian Government in the sector called ProColumbia. She served as an Investment Assistant. After a period of time, she was transferred to work in Miami, Florida in the United States. It was after this that she decided to pursue other career options including modeling and acting.

4. She has only been in entertainment and fashion since 2011

Paola Paulin had always been interested in modeling and acting, but she was busy pursuing a career in business prior to that. She first appeared as host of “Vida Miami TV” in 2011 which filmed both in the United States and Mexico. Paulin played the role of Delores Del Rio in the biopic, “El Indio” which was based on the life story of Emilio Fernandez, the notorious godfather of the Mexican cinema. Currently, she plays the character Michelle in the HBO series “Ballers.” In 2012, she signed with Elite Model Management and enjoyed instant success. He modeled for Miami Funkshion, Mercedes Fashion Week and SwimWeek in their runways. She serves as a spokesperson for Latinas in Hollywood.

5. She was born in Mexico but wasn’t raised there

Paola was born in the country of Mexico, but she was raised in the city of Medellin in Columbia. She has been around the world and began travelling at a young age. She currently lives in Los Angeles, California, but frequently travels back and forth between Miami and New York as a requirement of her career. She is fluent in Spanish and English and has also studied French.