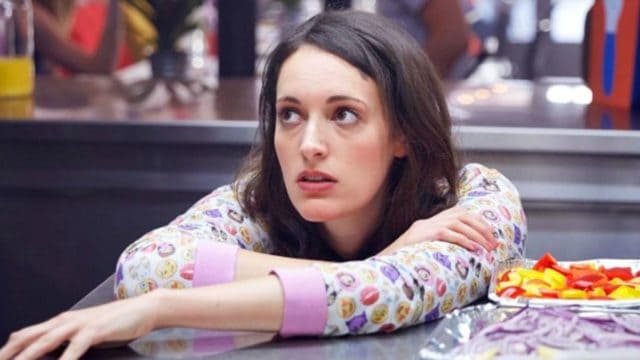 Most people work to support themselves and their family, but look forward to a break in their time off. Often, the people who find the greatest success operate differently. These individuals frequently immerse themselves in their work and are surrounded by like-minded people. Such is the case with the incredibly talented and successful Phoebe Waller-Bridge.

Waller-Bridge is one of the most talented and charismatic actors working today. She is slated to appear in the upcoming Han Solo film, and can currently be seen in the highly popular Fleabag. Despite the following she has earned after many years of incredible performances, most fans are unaware of just how central acting is to her life. As well, she has an incredible wealth of talent that should be appreciated. To help fans better understand who she is, here are five of the most interesting facts about the gifted Phoebe Waller-Bridge.

5. She helps run a theater

Given her extremely successful career, one might assume that Waller-Bridge has little time for anything besides acting. However, she somehow manages to lend her experience and talent to the DryWrite Theatre. She serves as the co-artistic director of this theater, working alongside her friend Vicky Jones. Apparently even Waller-Bridge’s friends outside of acting are involved in the industry.

4. She has an impressive educationÂ

Waller-Bridge has the type of natural talent that would inevitably bring her considerable success. However, she has devoted years of effort and study to hone her skills and forge the incredible career she enjoys today.

After studying at St. Augustine’s Priory, Waller-Bridge studied at the DLD College London. She would go on to be accepted at Trinity College in the English program before deciding to attend the Royal Academy of Dramatic Art. Clearly, this was the right choice.

3. She is married to a filmmakerÂ

It is not just Waller-Bridge’s friends who are in her industry; she is married to a filmmaker as well. She is married to the distinguished documentary filmmaker and presenter Conor Woodman. Having a husband who understands the unique pressure and demands that come with a career in the entertainment industry is likely a great asset.

2. She has created shows

Although Waller-Bridge is best known for her work in front of the camera, she has done much more than just acting. Most impressively, she wrote two sitcoms last year, including Crashing and Fleabag. It is incredible that she has the time and energy to write shows as well as act and serve as the artistic director for a theater.

1. Her family is heavily involved in entertainmentÂ

As stated above, Waller-Bridge has both friends and a husband who are involved with the entertainment industry. Incredibly, her inner circle includes even more individuals who have taken to the arts for their careers. Her brother, Jasper Waller-Bridge, is a music manager. Her sister, Isobel Waller-Bridge, is a composer. Interestingly, her sister provided the music for Fleabag.

Phoebe Waller-Bridge is one of the most versatile, talented, and hard working actors on television today. In addition to starring in highly popular productions, she has also served as a writer. Perhaps most interesting of all, however, is the fact that her life is completely immersed in the entertainment industry. This includes her friends, husband, and siblings. With her life revolving around show business, it is no surprise that this remarkable talent has seen such great success.