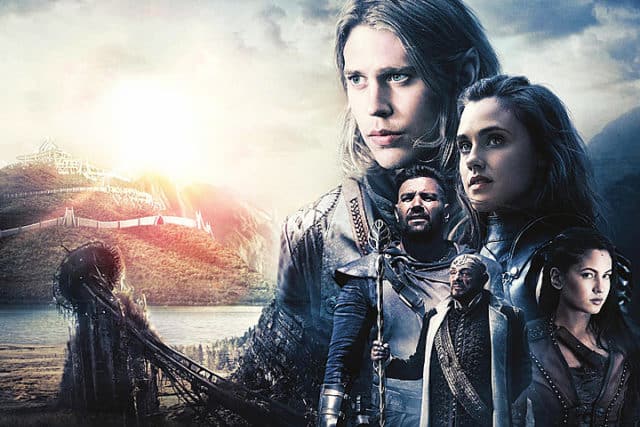 The Shannara Chronicles is a fantasy drama series that is adapted from the Shannara series of novels written by Terry Brooks. The TV series adaptation was created by Miles Millar and Alfred Gough. The series is set in four fictional lands and chronicles the journey of Wil, Eretria, and Amberle who are on a quest to release the banished demons and protect the Ellcrys from death. The first season of the series premiered on MTV on January 5, 2016, and is also available on Netflix. Initially, MTV confirmed a second season of the show but it was then announced that ‘The Shannara Chronicles would be relocating to Spike. The second season premiered on October 11, 2017. Here are five things you might not know about ‘The Shannara Chronicles’.

1. Terry Brooks is Happy with the TV Adaptation

The author of the novels, Terry Brooks, is on the production team and he says he is happy with the way his stories have been adapted to screen. The series is not a direct adaptation of the stories in his novels. Instead, it is a mix of these stories with most in the first season coming from the first book in the trilogy ‘The Elfstones of Shannara’. In the second season, there will be various aspects of the second and third books from the trilogy used.

2. The Opening Theme Song is Performed by Ruelie

‘Until We Go Down’ is the opening theme song for this television series. It is performed by Ruelle and is from the EP ‘Up in Flames’. Ruelle, real name Maggie Eckford, is an American electro-pop singer and songwriter. She is also the singer who performs the theme tune for Shadowhunters ‘This is the Hunt’. Other songs that featured in season one of ‘The Shannara Chronicles were ‘Midnight’ by Coldplay, ‘Run Boy Run’ by Woodkid, ‘You Are a Memory’ by Message to Bears, and ‘Wave’ by Beck.

3. Amberle Elessedil is Not in Season 2

In season one, Amberle Elessedil is the Elven Princess and also the lover of Wil Ohmsford. She was written out of the series at the end of season one and will not be reappearing for season two. The character was played by Poppy Drayton, a British actress who also played Elizabeth Thatcher in ‘When Calls the Heart’, a feature-length television pilot for the Hallmark Channel.

4. There are Several Directors Involved

While many television series have just one director, ‘The Shannara Chronicles’ has several directors. In season one, Jonathan Liebesman directed the first two episodes and episodes three and four were directed by James Marshall. Jesse Warn was the director for episode eight and the remaining five episodes were directed by Brad Turner who is also directing the first two episodes of season two. It has yet to be announced who has directed the remaining episodes of season two.

Wil Ohmsford is one of the lead roles in this series and he is half-human and half-elf. The character is played by Austin Butler who is an American actor and singer. He is best-known for his roles in ‘Zoey 101′, ‘Switched at Birth’, ‘Ruby & The Rockits’, ‘Life Unexpected’, and ‘The Carrie Diaries’. He has been dating Vanessa Hudgens since 2011.