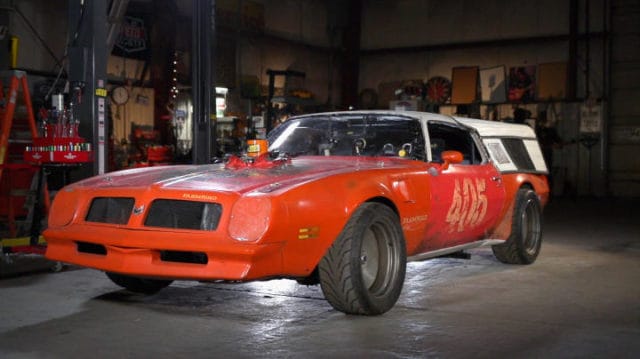 Street Outlaws is an American reality TV show that premiered on the Discovery Channel in 2013 and has continued running since that time. Given its name, it should come as no surprise to learn that it focuses on people who claim to be street racers, which has some basis in truth but less so than what most people would expect.

Here are five things that you may or may not have known about Street Outlaws:

A lot of reality TV shows stage things for the purpose of creating the desired drama without having to go to the lengths needed to capture the same thing in its natural form. Combined with the fact that street racing is not just dangerous but also illegal for excellent reasons, it is no wonder that Street Outlaws is fake. For example, the street racing scenes are shot on closed roads, while fire and medical crews are on the location in case something goes wrong.

Unfortunately, a good argument can be made that the mere existence of Street Outlaws glorifies street racing by not just making it seem normal in the eyes of viewers but also making it seem cool. This is a huge problem because street racing does not take place under controlled conditions but on public roads where split-second decisions can result in fatalities, serious injuries, and property damage.

The NHRA Is Displeased

As a result, the National Hot Rod Association has issued warnings to some of its drag racers that their competition licenses could be suspended if they choose to appear on Street Outlaws. For those who are unfamiliar with the name, the NHRA is the governing body for drag racing in both the United States and Canada, meaning that it is responsible for setting the rules and hosting events throughout those two countries. Since it was founded for the purpose of providing drag racers with an alternative to public roads, it is no wonder that it took such a dim view of what its drag racers were doing.

One of the Drivers Sent to Prison For Street Racing

The dangers of street racing can be seen in how one of the participants on Street Outlaws got a prison sentence for being involved in a lethal incident. In brief, Izzy Valenzuela was racing Gary Balyan when the latter lost control of his car and sent it careening into a crowd, killing two men and injuring a third. As a result, Valenzuela got one year in jail as well as five years’ formal probation while Balyan got 12 years in state prison.

The Participants Have Real Talent

With that said, it is worth noting that the people who participate on Street Outlaws have some real talent, as shown by what they have built as well as their skills out on the road. As a result, it is a real shame that they have chosen to showcase their talent in this particular manner rather than in a way that does not glorify something so dangerous but nonetheless manages to remain exciting to watch.