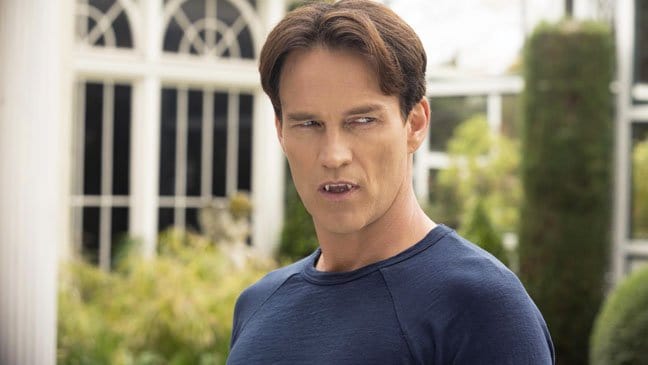 Stephen Moyer is an English actor who is best-known for his movie and TV show performances, though he started out in stage productions with English theatre companies. Most people will recognize him as the vampire Bill Compton on True Blood, but in more recent times, he has had a couple of lead roles in The Bastard Executioner and Shots Fired as well as an upcoming lead role in The Gifted.

Here are five things that you may or may not have known about Stephen Moyer:

Debuted on the Movie Screen as Prince Valiant

In 1997, Moyer debuted on the movie screen as the titular character in Prince Valiant, which is based on the comic strip of the same name that started running in 1937. For those who are unfamiliar with the character, Prince Valiant is a fictional Nordic Prince from the land of Thule, who ends up becoming a Knight of the Round Table while having all sorts of adventures in all sorts of anachronistic settings. Regardless, the movie met with a mixed reaction, as shown by how some critics have called it one of the worst movies to be ever filmed while The Telegraph considered it to be one of the best Arthurian movies of all time in an article written up in 2014.

Moyer has a pair of fraternal twins with his spouse Anna Paquin, who he started dating after filming the pilot for True Blood. This is particularly interesting because the couple played characters on the TV show who engaged in a romantic relationship of their own, though their real life relationship seems to have turned out much better than its fictional counterpart. Besides his fraternal twins, Moyer also has another son and daughter from previous relationships.

One of Moyer’s favorite hobbies is boxing. In facts, he spars on a regular basis, which he finds to be useful for keeping in shape. With that said, Moyer has stated that he isn’t a violent person in real life, which is why he finds violent scenes in movies and TV shows to be interesting because they are such a change-up from the normal state of things for him.

Claims that American and British Actors Get Ready in Different Ways

On one occasion, Moyer stated that American and British actors prepare for filming in different ways. According to him, American actors tend to be professional when preparing for filming, with some of them choosing to use those moments to get into their characters, whereas British actors tend to be in a more relaxed state, as shown by them often choosing to muck around. Moyer stated that neither way was superior to the other, though he did find the difference to be interesting.

Since Moyer is a Brentwood native, it should come as no surprise to learn that he is the first patron of the Brentwood Theatre, which can be found in the town of the same name in the county of Essex in England. Like the name of the position suggests, he has brought in plenty of international support for the local theatre, thus helping it to cover the costs for local children from local schools to see its shows. In this way, Moyer is supporting the arts for future generations.