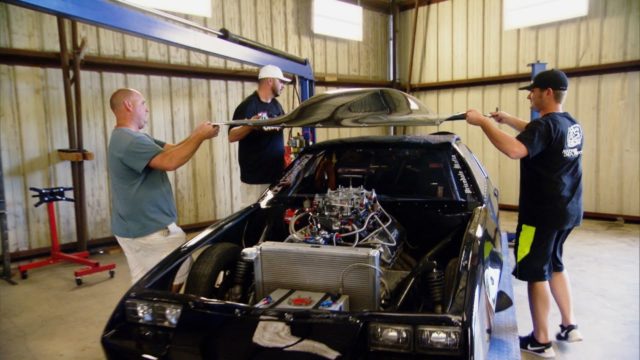 Street Outlaws was a show that sort of took the world by storm. The original show gained a tremendous number of fans across the country, so much so that the Discovery Channel is currently making something of a spin-off. This particular show showcases street outlaw racing in New Orleans. If you’ve been watching one version of this show or another for any length of time, you might think that you already know everything there is to know about the series that’s taking place in New Orleans. Chances are, there are few things you don’t know, though. Keep reading and you can discover five things about the show you might not have already been aware of.

1. The show got its start in the American Midwest

This is something dedicated followers of the original show already know. The whole idea for the show got its start in Oklahoma City, of all places. This was something that surprised fans initially, largely because most people think of places like Oklahoma City as a rather docile place to be where there isn’t all that ,much excitement. The success of the show proved that the Midwest isn’t all that different from other parts of the country and it set the stage for other teams of racers who were competing in places like New Orleans.

2. Most of the people featured are relatively new to street racing

Without a doubt, there are some seasoned veterans in this group of racers. With that being said, there are a lot of people who are racing in New Orleans that haven’t been doing it for very long. In fact, many of them got their start in street racing because they were influenced by the efforts of those racing in Oklahoma City. The truth is, there are a lot more street racers throughout the country because of the fact that Oklahoma street racers were showcased in the original version of this show.

3. There’s a lot of fierce competition, even behind the scenes

Obviously, you can see that there is a great deal of competition while the races are actually happening. What you might not fully realize is that the level of competition doesn’t necessarily decrease behind the scenes. These are people that really want to win. They do it for the honor of being the best as much as anything else. For that reason alone, you will eventually notice just how tight the competition really is because to them, winning is everything.

Even though there is a ton of competition, there’s also quite a bit of cooperation between most of the competitors. For the most part, they seem to realize that they can achieve greater things when they decide to work together in order to help everyone involved, and that is typically what happens. Of course, you have the times when no one seems to be cooperating and everyone is out to get whatever they can for themselves, but there’s a lot more teamwork than most people think there is.

5. It showcases an entire community

The people who participate in street racing create a community all their own. They have their own set of values and their own honor system. This show tells their story.