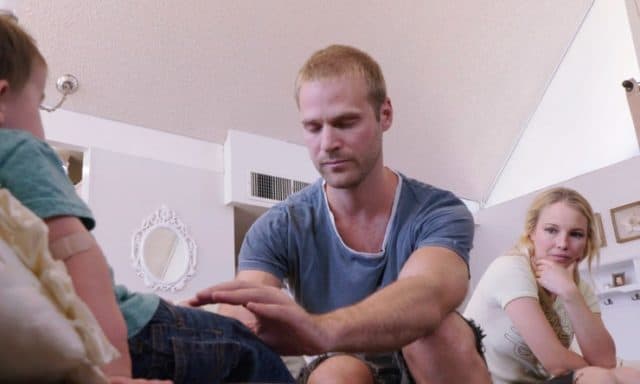 Do you believe in miracles? Whether you’re a believer or a skeptic, Charlie Goldsmith may just give you a thing or two to think about. “The Healer” is a new show that premiered on the TLC network on 11/6/2017. It focuses on a good looking Australian man with a very special gift. He is an energy healer. It doesn’t really matter what the issue is, he has the ability to direct healing energy towards the source of the problem and alter the condition. If you didn’t catch the first airing, you can still get caught up before the next episode. Here are five things that you didn’t know about “The Healer,” that you should.

Charlie Goldsmith practices on people who have real issues. This show is both interesting and entertaining, but it is also about the practice of healing. Goldsmith is actually using his gift to improve the health of the people that come to him for help. It’s not a make-believe show that is meant solely for the purposes of entertainment.

2. Charlie’s gift is not for him

It’s important to understand that Charlie Goldsmith is very aware that the gift of healing that he has is not intended for himself. It is for other people. It is a talent and ability that he just happens to possess. He has a touch that focuses energy to correct health problems including infections, disease and pain. He knows how to use it to help other people. Although it is something that could bring him fame and possibly fortune, these are not his goals. He’s interested in improving the lives of people in need of help.

3. Goldsmith is out to prove that energy healing is a real thing

We all know that there are thousands of fake healers in the world. They are good at tricking people into believing things by using the power of suggestion and a placebo effect that deals mostly with the psyche. Charlie knows what he is up against, but it doesn’t deter him in pursuing his goals. He doesn’t make any far-fetched claims, but rather, humbly asserts that when he focuses his energy, health conditions in other people have been known to “rapidly change.” According to Goldsmith, all he really needs is a few moments of your time to show you that energy healing is a “real thing” and that he has the gift. He’s out to establish credibility for his work in the field of energy healing.

4. He doesn’t claim to have discovered anything

Energy healing isn’t a new practice. It has been around for centuries and pre-dates modern medicine. What Goldsmith is actually doing is using a method that has been in use for some time, he’s just making it public now. It does take a lot of time and dedication to use this natural talent though. Charlie isn’t one of those guys who is riding the wave that has been created though advertising and hype. The proof is in the results of his work and he’s a tool through which healing energy flows. He’s very aware of the principles of this method and he’s willing to share his knowledge with the rest of the world, as so many before him have.

Goldsmith has partnered with researchers and New York University to prove that energy healing yields tangible results. The team conducted a study consisting of 20 patients with health related issues. The majority of the participants showed dramatic results from sessions with Goldsmith, suggesting that this is a viable treatment option for people experiencing illness or pain. you can catch “The Healer” on TLC in the 10:00 p.m. time slot on Mondays.