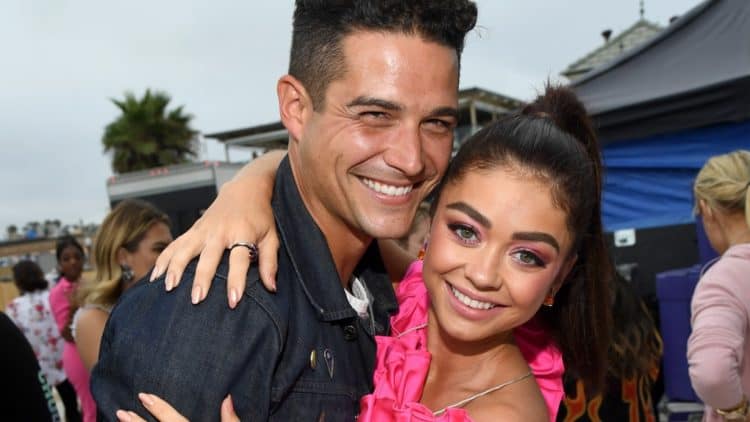 Nothing captures the public eye quite like a celebrity couple. Unfortunately, while these couples can be exciting for fans, they are often forced and very brief. The incredible stresses that come with being a celebrity, the constant temptation, and the need to travel can all put tremendous stress on these relationships. Some, however, seem to be so genuine and happy that they are destined to overcome these obstacles.

Many people feel this is the case with reality star Wells Adams and his rumored girlfriend, Sarah Hyland. The two television stars have been posting romantic pictures on their social media accounts, leading many fans to believe that they are in a passionate relationship. If you are one of these fans and you would like to know more about Hyland’s new man, here are five of the most interesting facts about Wells Adams.

5. His ex has no hard feelings

Hyland may be the biggest star that Adams has ever dated, but she is not the first. During his time on Bachelor in Paradise, Adams found himself in a short but passionate relationship with co-star Danielle Mitby. Their romance culminated with a kiss shortly before Mitby left to pursue work overseas. Interestingly, Mitby has given her two cents on the Adams-Hyland romance. She stated that they seem like an incredibly happy and genuine couple, adding that she wished more people would celebrate such relationships.

4. He got on TV because of his brotherÂ

Just about everyone knows Adams through his stints on The Bachelor series. What most do not know, however, is that his brother is the one who got him on the show. Adams’ brother was going to appear on a season of The Bachelorette, but pulled out after finding himself in a happy relationship. Later, he would introduce Wells to casting directors and recommend him for the show.

3. He has an impressive educationÂ

Reality television stars are not often associated with academic success. More often, they are wild, drunken, and attractive people who are more concerned with parties than textbooks. However, this stereotype does not apply to Adams. In 2007, he graduated with a degree in journalism with a minor in English and PR from the University of Mississippi.

2. He is a successful radio personalityÂ

Adams’ relationship with Hyland and appearances on television may have earned him significant fame, but they are not his only taste of show business. In fact, Adams is a highly accomplished radio host. For the past decade, he has hosted shows on several radio stations in Nashville. Further, he hosts a podcast called Your Favorite Thing with Brandi Cyrus (Miley Cyrus’ sister).

1. He cares deeply about animalsÂ

Another stereotype that applies to most, but not all, reality TV stars is that they are vapid and self-centered. Adams, however, is actually a very compassionate individual. Most notably, he is incredibly caring when it comes to dogs. He has given a great deal of time and effort to the Nashville Humane Association, an organization which helps homeless dogs find homes.

Wells Adams is not your typical reality TV star. In addition to his illustrious career as a radio and podcast host, he also holds a degree in broadcast journalism. Further, he is a very compassionate person who devotes a great deal of time and effort to finding homes for homeless dogs. Given his kind nature, it is no wonder that even a massive star like Sarah Hyland couldn’t help but fall for Wells Adams.