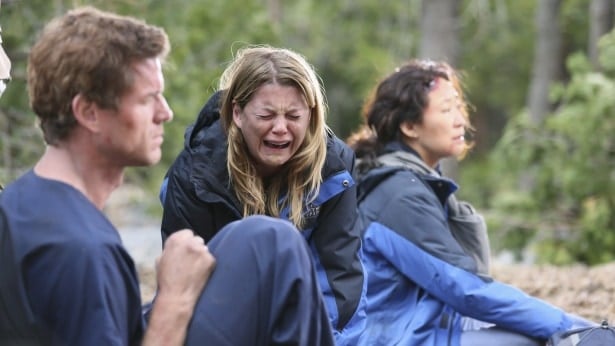 Grey’s Anatomy is based around the lives of several young doctors who climb the ranks of their profession. This is considered to be one of the best shows that highlight the medical field and that’s justifiably so considering it is now in it’s 14th season, which could only mean it has been getting good support from fans. But in spite of being one of the best medical TV shows, it has some flaws that have to be addressed lest viewers who don’t have a background in medicine get misled.

Here are five things the show gets wrong about doctors and medicine in general.

There is a depiction about doctors Grey’s Anatomy show that suggests they don’t perform the diagnostics themselves. All along in the show, you will see doctors holding conversations as they observe their patients get scans. This is far from reality as doctors are also required to perform scans and diagnoses on their patients.

In other scenes, you see technicians who had been trained in college through a separate program handling these diagnoses. They are also the ones let to run labs as doctors just do other things as this seems like work in a lower level that they would prefer to avoid. This is not necessarily reality as doctors everyday take part in the tough processes of testing samples in the lab and performing diagnoses to patients.

Another erroneous portrayal of doctors in the Grey’s Anatomy is that they don’t know how to give medication. The training of nurses is centered around delivery and coordination of care to patients, so this gives nurses the upper hand when it comes to programming machines, diluting substances, and obtaining materials. However, that does not mean doctors, in the absence of nurses, cannot administer medication. They are also trained to do some of these roles.

There is also the notion that doctors, specifically surgeons, are rude as they are depicted as belonging to a higher level in expertise than nurses and other professionals. For processes within a hospital to proceed seamlessly, there is need to uphold cooperation between the different professionals and this is something every medical doctor is trained to pursue while on the field. Working without the input of therapists, techs, and nurses might invite mistakes, so doctors generally have friendly relationships with their juniors unlike what Grey’s Anatomy wants you to believe.

Surgeons are seen to tackle a lot of the work in their offices, from reading scans to initializing IVs. You might even imagine nurses and radiologists are not needed, but the reality is without the input of these professional the working environment can be messy. A radiologist is required to help in the interpretation of scans.

As pointed out above, Grey’s Anatomy also shares a depiction that suggests that doctors can staff a hospital perfectly alone. In reality, there is need for group effort when staffing a hospital, so this is an erroneous representation of the way health institutions are run.