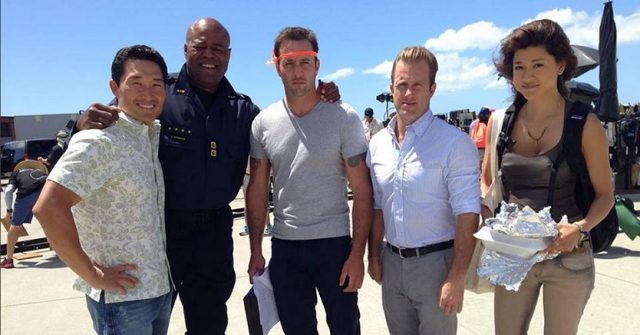 “Hawaii Five-O” has proven to be a show that is truly popular throughout the masses, with its cunning crime scene drama that draws you to the edge of your seat. As one of the CBS networks biggest hits that is on air, many of the story lines seem relevant to our world today, even if the show is completely fiction based. However, even though the stories that are told are mostly fiction, “Hawaii Five-O” also tells some truths about what it is really like to be living in Hawaii. In this article, we are going to count down the top five things that the show “Hawaii Five-O” correctly depicts about life in Hawaii.

Quite possibly the most accurate portrayal that we see on the show is the beautiful scenery and landscape that is the Hawaiian Islands. From the beautiful volcanic mountains to the warm, sandy beaches to the bright colors illuminated by bountiful sunshine, it truly shows off the paradise that Hawaii is.

There are many different examples of Hawaiian tradition making their way into various episodes of “Hawaii Five-0”, and for good reason. It allows the audience to make a distinct connection with the culture that is ever prevalent on the islands, and gives further insight into what makes that destination so unique and rich with culture in the first place. These traditions aren’t just featured within episodes of the show; In fact, the cast has its own traditions that they commit to, such as the blessing ceremony that is conducted each year before the filming begins for the next season.

Although possibly not well known, the state of Hawaii is actually quite a melting pot of culture. You may think it strange that two of the main characters on the show are of Korean decent, rather than Hawaiian, but there are actually many different ethnicities that make up the majority of the population throughout the Islands, including Japanese, Korean, and other Asian cultures.

It may seem a little over the top to some that ohana, or family, is so prevalent amongst the characters in the show, but this is truly reality. Because your on an island, you are more remote. Life is much slower, much more relaxed, and you really do become a family with the friends and the people within your community there.

When you make your way to the Hawaiian Islands, you will get blasted with vendors selling various Hawaiian food delicacies, such as foods made with spam, and shave ice. Just as we see with Kamekona and his many business adventures, you can find similar shacks and vendors throughout the tourist areas on the islands.

Whether you agree with us or not, it is clear that “Hawaii Five-0” has made its mark with an audience that is infatuated with the reboot. The characters, storyline, and everything in between makes it a truly unique show, and one that makes audiences everywhere crave that Hawaiian vacation. Take the time to set your DVR to CBS every Friday night; You won’t regret the adventure and thrill that is “Hawaii Five-0”.