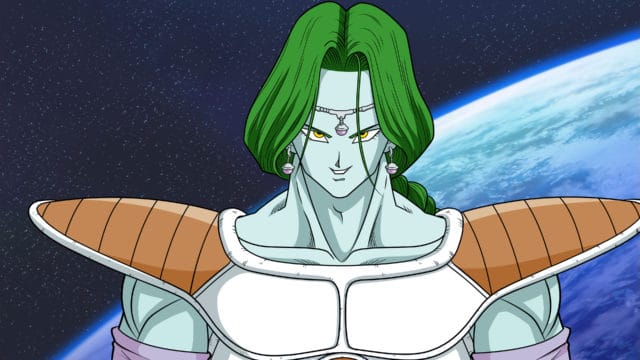 Here are five things that you may or may not have known about Zarbon:

He Is Named for a Fruit

A lot of Dragon Ball Z characters are named for fruits and vegetables. For example, Goku’s name is just the Japanese reading of the name of the main character from the classic Chinese novel Journey to the West, but his Saiyan name Kakarot was inspired by “carrot.” Meanwhile, Zarbon comes from the Japanese zabon, which refers to a natural citrus fruit called an pomelo that can be found in both South and Southeast Asia.

He Has a Transformation

Speaking of which, there are a lot of Dragon Ball Z characters that can transform in some manner, so it should come as no surprise to learn that Zarbon is one of them. In his case, it is not something that happens in response to some sort of external stimuli as with the Saiyans’ Great Ape form. Instead, it seems to be something that he can call upon as a matter of conscious choice.

His Transformation Is a Beauty and the Beast Reference

As a character, Zarbon is interested in beauty. Furthermore, his fondness for beautiful things extends to a hostility towards things that fail to meet his standards for beauty, which makes it rather ironic that his transformation is a Beauty and the Beast reference. Simply put, Zarbon’s normal form is his “Beauty” form, whereas his transformation is his “Beast” form. The latter might be much more powerful, but its resemblance to a huge, squashed-face amphibian explains why Zarbon is less than fond of it.

It Is Possible that He Has a Similar Background to Vegeta

Some people have speculated that Zarbon has a background similar to that of Vegeta, which is not as far-fetched as it sounds. First, he possesses a fair amount of resemblance to the stock character of the foreign prince in Japanese animation, though he is more evil than most of his counterparts. Second, he shared a stage with Vegeta in the video game Tenkaichi Tag Team, which had the stage battle title of “A Prince From Another Planet.” Third, it would strengthen the compare and contrast that happen between him and Vegeta in Dragon Ball Z.

He Is Loyal to Frieza

Curiously, Zarbon is loyal to Frieza, which is one of the most striking differences between him and Vegeta. As a result, he is not just one of the most powerful fighters under Frieza’s command but also one of his most trusted advisers. With that said, it is unknown why Zarbon is so loyal to Frieza, seeing as how Frieza was responsible for the destruction of his home planet, which tends to be the sort of thing that would alienate most people.