Home
Anime
Five Things to Know Before Watching the New Season of ‘The Seven Deadly Sins.’ 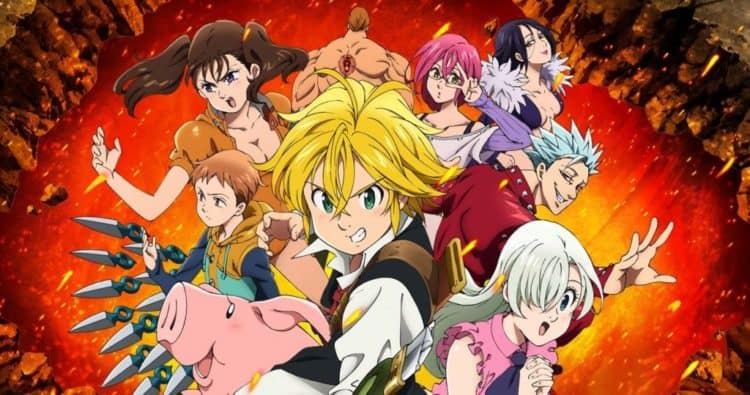 The Seven Deadly Sins is a fantasy anime based on the widely popular Manga written by Nakaba Suzuki. These Sins are former knights who got disbanded from their kingdom after being wrongly accused of staging a coup. The fifth season, titled Dragon’s Judgement, focuses on the end of the second Holy War with the commandments. We see the Arc Angels and the Sins working together to stop Meliodas from becoming the next Demon King. This season gives us a glimpse into Meliodas’s emotions and vulnerabilities. Fans become more sympathetic towards him and are invested in not seeing him turn to the next Demon King. The first half of Season 5 premiered on Netflix on June 28th. We are excited to see how the show comes to an end. At the same time, the remainder of the season remains a mystery. Here are five things to know before watching Dragon’s Judgement.

The Season is Split-Cour

Unfortunately, we are not getting the 24 episodes all at once in this season. Netflix only released the first half of the season, 12 episodes of about 24 minutes each. The reasoning behind the move might be to keep fans from waiting even longer for the season release. It takes several months for Netflix to come up with subs and dubs in multiple languages. There is a huge disadvantage to this form of release. Many fans were left with mixed feelings, especially since the ending in episode 12 is pretty unsettling. An unexpected development in the plot transpires between Meliodas and the Demon King but is abruptly cut short at the end of the twelfth episode. Netflix is yet to announce when they will be adding the rest of Season 5 to the site. On the positive side, every episode has a lengthy intro and a lot of vibrant action sequences. The Seven Deadly Sins jump into action throughout the season while the story goes on in between. For this reason, the episodes are very intense and intriguing. Get ready to binge-watch all the episodes in one sitting.

Ban and Melodias are the only members of The Seven Deadly Sins who can survive Purgatory because of their immortality. Ban takes it upon himself to find Melodias in Purgatory, rescue his emotions, and return him to Brittonia. His emotional body roams through Purgatory while his body takes several commands to become the next Demon King. Ban must help him find his emotions to remind him who he is and why he was ever afraid to become the Demon King. Meanwhile, the giant egg containing Meliodas’s body continues to grow. When it eventually hatches, a stronger and more evil Meliodas will awaken. With all the commandments he absorbed, he can now claim himself the new Demon King.

Back in Brittonia, Esterossa of the Demon clan kidnaps Elizabeth. King tracks him down with the help of Derieri, Sariel, and Tarmiel to save Elizabeth. A new alliance is formed between the Fairy, Goddess, and Giant clans and the humans to destroy the Demon clan entirely. In this season, the story goes deeper into Love Commandment’s hidden dark past. The fifth season merges with the storylines we had going on from season 4. Season 5 is like an amalgamation. Everything comes together but still revolves around Melodias and the Demon King. In this season, we get to find out more about Melodias’s brother and his dark story.

Season 4 of The Seven Deadly Sins landed on Netflix in August 2020. Fans were quick to notice a significant decline in the quality of the animation in comparison to previous seasons. The poor animation quality was repeatedly highlighted during fights, for instance, during the battle between Estarossa and Escanor. For Season 4, production had moved from A-1 Pictures to Studio Deen, who outsourced the animation to a Korean company. Dragon’s Judgement saw a massive quality improvement, however. It is safe to say that the production team redeemed themselves this season. The fight scenes look much more vivid, and the action flows seamlessly. The stills zoomed in and out amidst the fast-paced action give the animation a more authentic feel. At least we have assured the same quality in the next half of the season, where the most significant battle lies.

Season 4 ends at what would be chapter 267 of the Manga Series. Therefore, Season 5 is pretty much summing up the remaining 79 chapters left. Season 4 mostly revolved around just 31 chapters, so it could be possible for the producers to get another series out of the 79 remaining chapters. It is unlikely, however, as the series already wrapped up in Japan early this year. Suzuki created a sequel for The Seven Deadly Sins titled Four Knights of the Apocalypse. We do not have much information on it, but Tristan Liones will be part of the film. Tristan is the son of Meliodas and Elizabeth. There’s also a movie sequel to the Seven Deadly Sins titled ‘Cursed by Light.’ At the moment, we do not know whether it will be available to stream on Netflix. However, considering the first movie, Prisoners of the Sky is on Netflix, there’s a high chance that the sequel movie will be coming to Netflix.

The Final Half of Season 5

Nothing’s worse than watching through an entire series only to realize the last few episodes are missing. In the first half, Ban and Melodias manage to escape from Purgatory, getting even stronger in the process. The Demon King can still control Meliodas. He is about to enact his ultimate plan before The Seven Deadly Sins free Meliodas. Hopefully, we will get to see the remainder of season 5 before the year ends.