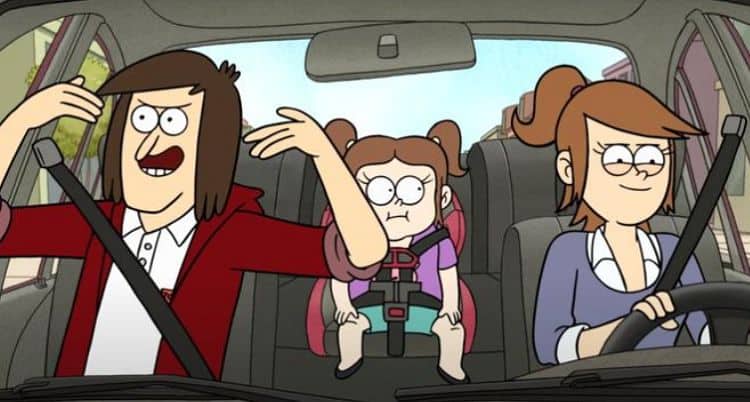 Close Enough is the kind of show that reminds you that at some point in your life you’re going to have to give up on perfection and simply do what you can to get by since to be realistic, that’s what a lot of us do on a daily basis. Perfection might be nice and it might be attainable for moments at a time, but as the trailer for this show depicts, it’s not something that’s easily sustainable in life, especially when there’s so much more to consider than your own experience. When two parents and their five-year old daughter end up living with a divorced couple and have to spend their time deciding between a daycare and figuring out a solution to their everyday problems it becomes a moment for hilarity that a lot of parents are going to be likely to enjoy since despite the crazier aspects of the show that are already being touted it does look as though this program is bound to be something that a lot of adults in their 30s and possibly their 40s can get on board with when it comes to sorting out their lives and balance them at the same time.

It’s bound to be a fun and engaging ride for a lot of parents that have figured out that life isn’t about making sense, it’s about surviving.

5. It’s a definite show for parents.

The situations shown in the trailer are enough to make it clear that parents should get a kick out of this show since from dealing with one’s child to every other thing under the sun that comes with being a parent there’s plenty to discuss and to laugh at. Of course that’s one of the best parts of being a parent, you tend to learn how to laugh at things that might have driven you nuts at one point in life since the only other ways left to deal with said situations aren’t exactly conducive to a healthy existence or marriage. All in all though, being able to laugh at anything once you’re past your 30s is a sign of a healthy mind.

Just because it’s animated doesn’t mean that kids are going to enjoy or understand everything that’s being said or show in the program, so it’s likely that one might want to keep their kids hooked on Disney or something similar rather than watching this. Of course that’s all at the discretion of the parent but at the same time it’s easy to think that kids might not get much out of this apart from the occasional laugh that might come just because their parents are laughing. Some kids might understand it as there are definitely those kids with a warped sense of humor that have seen such programs as Family Guy and others by the time they’re in grade school.

3. There’s a lot of commentary about family.

In a show that features family this is pretty standard and it’s another reason why a lot of kids won’t fully understand unless they’re at the emotional and mental level that their minds can grasp certain concepts. For adults however it’s perfect since it allows them to experience the type of things that they might have already been through or are expecting to go through within a humorous manner that can grant them a bit of insight while loosening them up with the idea that looking back on it all years from now will make them laugh.

Oh yes, there will be imagery that will make plenty of people laugh just because they don’t know how else to react and there will be plenty of moments it looks like that will catch people off guard. But the great part is that we’ve seen these kind of shows in the past and this appears almost tame by comparison, so it might be that a lot of people will simply get a good laugh out of this. Right now it looks absolutely hilarious and what’s better is it’s not that far from its release.

1. If you don’t laugh you’ll need to check your sense of humor.

Some people might not laugh actually and it’s to be expected in a way since not everything is as funny to some folks as it is to others. But if you don’t at least chuckle at this show then you might need to reassess just how your life is going and whether or not you’ve done something correctly or are just taking life a little too seriously. As of this moment Close Enough looks like one of the funniest shows on its way to the audience, and it’s likely to make a lot of parents laugh out loud as they’ve been there and done that in some situations.

Get ready to laugh, that’s all I can say.