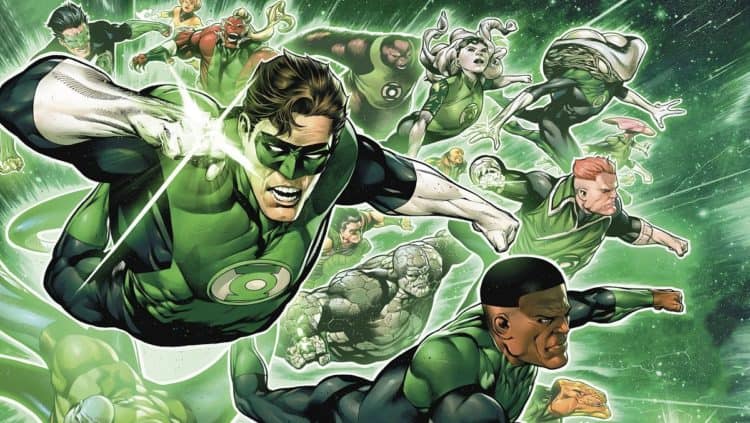 Ever since fans had to sit through the tremendously disappointing Green Lantern movie back in 2011, there has been a constant brewing of anticipation for a reboot. The failure of the 2011 film resulted in the failure of a franchise launching off, further shattering our hopes of seeing our favorite ring-wielding superhero on the big screen again. With the current DC Extended Universe expanding, fans are still anxiously waiting for the debut of Green Lantern and the rest of his fellow galactic guardians, with only the supposed news of a Green Lantern Corps movie being in development. News on the progress of that movie has been obscure but it now seems our patience has finally paid off. Â Instead of another movie moving forward, it has recently been confirmed that a live-action Green Lantern series will be developed for the upcoming HBO Max streaming service. The man helming this series is none other than Greg Berlanti, the writer/producer of essentially all of the DC television shows on The CW. While Berlanti has promised us that this upcoming series is â€œunlike anything weâ€™ve ever seenâ€, we all know better not to get our hopes up. That being said, there is great potential for this show and in order for it to succeed, it needs to learn from the mistakes of the past.Â  There are several ways it can improve from the last time we saw a live-action Green Lantern, but here are five things that really need in the upcoming HBO Max series.

5. It Needs to Be a Real Space Opera

One of the many things that was very irritating about the 2011 movie is that we barely got to spend any time in space. Green Lantern is basically a space cop, so why did he spend so little time in space? If this series is going to have a main setting, then space has to be to Green Lantern like Star City is to Green Arrow. We want to see interactions between multiple Green Lanterns on Oa, just as much as we want to see them travel across the galaxy, exploring and introducing us to new alien races. In the comics, almost every Green Lantern story takes place in outer space, far away from Earth, exploring and battling different kinds of aliens on all types of planets. Does it sound a lot like Star Trek? Well, thatâ€™s exactly what would fit for the series, except it stars a superhero and even more superheroes. Simply put the first logical step to making this series work is to focus on building a galaxy for our bright heroes to explore.

4. Introduce All the Different Corps

What makes the Green Lantern comics so fun to read are the variety of colorful characters that have a Corps of their own; The Green Lantern Corps are not the only lanterns that exist in the DC Universe, so if this is going to be a series, then why not take the opportunity to flush out the other lanterns that could rival the Green Lanterns? There are many kinds of Lantern Corps that have their own color and represent some kind of emotion; The Red Lantern Corps is powered by rage, The yellow Sinestro Corps harnesses the power of fear, and The Star Sapphire Corps is empowered by love. There are other powerful Corps that would be fun to see introduced in the show, but each of them would have their own role to play and whether they act as friend or foe, their distinct interactions with The Green Lantern Corps would each lead to a different outcome.

3. The Supporting Human Characters Must Serve a Purpose

Does anyone really remember the supporting human characters from the 2011 movie? If the answer is no, then itâ€™s probably because they were pretty much inconsequential to the story. From Halâ€™s two brothers, to Taika Waititi playing Hal Jordanâ€™s non-costumed sidekick known as Thomas Kalmaku, almost every supporting character that Hal interacted with was of little help to him. The series must take place in space for the majority of the time, but one of the human Green Lanterns will eventually return to Earth. If itâ€™s Hal Jordan, then he has to find solace in his brothers and their children, or in his lover, Carol Ferris. Carol is also more significant to his character arc, as she later becomes the villain, Star Sapphire. This will lead to some interesting character development and a complicated love arc, something that fits the character of Hal Jordan perfectly. Thomas Kalmaku can continue his role as the sidekick/best friend of Hal Jordan while being one of the few people on Earth who is aware of his identity. Every human Green Lantern has a family to turn to, so if the series is going to have them fight literally galaxies away from home, then they need to have someone to fight for.

2. Sinestro Must Be Set Up to Be the Main Villain

The leader of the sinister Sinestro Corps, otherwise known as Sinestro (yeah, thatâ€™s how it sounds), was always the archenemy of The Green Lantern Corps. So when he barely did anything in the 2011 movie, his presence made fans question why he even had to be in it. The post-credits scene implied that he was going to go from yellow to green, but since the film failed financially, itâ€™s unfortunate that weâ€™ll never get to see that version be the villain fans know him to be. Mark Strong was a great choice for the part, so why was he wasted? Well, this series is the chance to make up for that missed opportunity, and this time they can actually develop him into becoming the main villain for The Green Lantern Corps. In the comics, Sinestro was considered to be the greatest Green Lantern of them all, deemed to be fearless. That all changed when Hal Jordan was recruited, as Sinestro took him under his wing and the two formed a complicated partnership. Jordan eventually discovered that Sinestro was ruling over the planet he was assigned to protect, causing his fall from grace and transition to a yellow lantern. Why would this make for a great character arc for the series? Sinestro was once Hal Jordanâ€™s mentor, showing him the ropes of being a Green Lantern, only to eventually turn on him and become his greatest enemy. This relationship would be the perfect kind of character development that the series can work with, selling us on the mentor gone bad aspect for Sinestro and building his enmity towards Hal Jordan.

Ryan Reynolds did what he could to bring Hal Jordan to life, but his iteration was sadly a flat version. He has thankfully moved on from the role, but itâ€™s highly unlikely that heâ€™ll return to the role. So who can replace him to make Hal Jordan the charismatic and memorable character we all know him to be? Of course, a good script would definitely help, but thatâ€™s just the start. Hal Jordan has a reputation for being a hot-headed, sometimes reckless hero that tends to leap before he looks. This comes across as overconfidence, but thereâ€™s a reason the ring chose him, as he has the ability to overcome great fear. Hal Jordan is the hero that does not believe in limits, as he will constantly push himself further and higher than anyone has ever gone before. Ryan Reynoldsâ€™ version had the right idea, but it was short in the execution, leaving this upcoming series to really flush out that type of character. Hal Jordan was never a perfect hero, but he is the first human Green Lantern, making him the most suitable lead and to be honest, thatâ€™s the way it should be. He is the kind of hero that makes mistakes and learns from them and if the series can deliver on that aspect, then weâ€™re in for a heck of a ride. The only question left is who can play him? Many casting rumors have suggested Armie Hammer or even Tom Cruise, but if they want to go with a slightly older version, then Karl Urban would be a fine choice. Heâ€™s got the charisma and the ability to play a guy with an attitude and he would honestly make a fine superhero. Letâ€™s hope Warner Brothers actually has him on the casting list.

Not much else is known about the upcoming series and itâ€™s still unknown if itâ€™ll even connect to the DC Extended Universe or the CW shows, but if they follow these five steps, then we can finally have a great live-action Green Lantern series on our hands. Are you excited for the Green Lantern series?