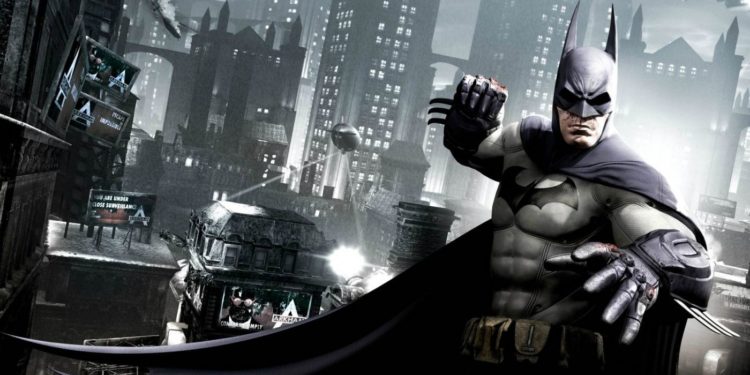 The Batman Arkham franchise served gamers well and it’s sad it came to an end in 2015 with Batman: Arkham Knight. Since Rocksteady confirmed that would be their last game, it apparently hasn’t stopped WB Games Montreal from teasing us with a sequel. This has been going on for a while now, with multiple teases coming to us from all over. Rumors of a title, setting, villains, characters, and so much more have been hinted at but not totally confirmed. It’s been frustrating, but we gamers cannot help but stay curious. WB Games Montreal has recently thrown out another big hint on Twitter, revealing a sigil that represents the Gotham Police Department. There was another that represented The League of Assassins and possibly another that could mean The Court of Owls.

These sigils can mean more than we think, but it really leaves us wondering when an announcement will be made. Since this game is getting teased by WB Games Montreal, we can expect the game to stay closer to Arkham Origins instead of a sequel to Arkham Knight. That’s fine, because it means we can expect a plethora of elements from the Batman lore to appear in the game. It’s just a matter of what. That being said, let’s go over the five things we need to see in the Next Batman Arkham game.

The Arkham games included some of Batman’s most popular villains, but they surprised us with the way they depicted some his lesser-known villains. The best example would have to be Calendar Man, who acted like a Hannibal Lecter-type of villain. Just think about it for a second: A villain called Calendar Man that is actually intimidating and scary. That is one of the greatest feats this franchise has under its belt and they didn’t stop there. The Mad Hatter, Deacon Blackfire, Anarky, and the list goes on. It’s one thing to show how crazy and cool The Joker is but it’s another to take a villain not too many people are familiar with and make him awesome.

If this next Arkham game really is coming, it has to repeat this formula. There are still loads of villains that Batman has in his rogues gallery and they would fit right into the franchise. In Batman: Arkham Asylum, several unpopular Batman villains were teased, but never actually seen in the sequels. It was a bit of a missed opportunity, but this new game is the perfect opportunity to have them debut. Villains like The Ventriloquist, Maxie Zeus, Killer Moth, The Flamingo, and many more would be fine additions to the Arkham franchise. It would show how far Batman’s rogue gallery fully extends and give us some killer boss fights. One random thug in Arkham City even mentioned Crazy Quilt. Sounds lame, but just remember what they did with Calendar Man.

4. A Replacement For The Riddler Trophies

Batman: Arkham Asylum introduced a fun challenge for gamers when they included the Riddler Trophies side missions. For the first game, you had to inspect every square inch of Arkham Asylum to find trophies and easter eggs, all part of The Riddler’s challenge. In Arkham City, you had to do the same thing, except it ended with a physical confrontation with The Riddler that was well worth the hunt. These challenges carried on to the next two games, but Arkham Knight added race tracks to make it different. They were fun, but by then, it all got pretty repetitive. If the next Arkham game includes The Riddler, it should leave out his trophy hunt challenge. A challenge similar to it would be fun, but replace him with another villain. There are several villains similar to him that would make a suitable replacement, but let’s leave that up to the developers.

One of the Arkham Series’ most defining traits is its delivery on boss fights. The best one would have to be the fight with Mr. Freeze from Arkham City. It was a game of cat and mouse that forced players to adapt and use a different strategy to defeat Freeze. While many other boss fights in the series were great, they didn’t quite match the intensity of the Freeze fight. This new game has the opportunity to give us all kinds of boss fights with different kinds of villains. A variety of bosses is the best route, having one boss that can only be defeated by stealth and strategy, while another that takes brute force and gadgets to beat. Arkham Origins and Knight suffered from redundant and underwhelming boss fights, and this is something the new game needs to avoid. Just give us something close to the Mr. Freeze fight and we’ll be happy. And also, please give Deathstroke a proper comeback.

One of the most surprisingly best aspects of Arkham Knight was the dual play. The goal of the Arkham games was to make players feel like they’re Batman, but the dual play made you feel like Batman and Robin. This is something that should be revisited in the next Arkham game. Sure, if it’s a sequel to Origins, then Robin might not be suited up yet, but it can still work. The game can serve as Robin’s origin and he can fight alongside Batman as a rookie. If not Robin, then perhaps Batgirl can take up that role. She was already intrigued by Batman in Origins, so introducing her Batgirl origins would be perfect timing. There are other characters that can beat up thugs with Batman, but having that dual play combat with anyone would be fun to have.

1. A Main Antagonist That Isn’t The Joker

Okay, The Joker is the best Batman villain and whatnot, but frankly, we’ve seen too much of him. He was the main antagonist for the first game and was a major one for the sequels. It can be argued that he was the big bad for the whole series, but were other villains that rivaled him. Hugo Strange, Ra’s Al Ghul, and Scarecrow were amazing villains to watch, but Joker always seemed to take the spotlight. Even in Origins, it turned out that he was posing as the Black Mask and placed the hit on Batman, once again taking the spot for the main antagonist. Black Mask is highly underrated villain and it’s a shame he wasn’t utilized to the fullest.

Joker was last seen trapped in his own personal hell in Arkham Knight, but what if the new game really does go backwards? He would still exist, but another villain can take the spotlight for once. The Court of Owls has long been rumored to be the main villains for the next game and that would work because we haven’t seen them before. Their introduction would be completely fresh and give us a break from The Joker.

It seems us gamers will have to wait before we hear any kind of confirmation. Hopefully we won’t have to hold our breaths much longer, but another Arkham game would be fun to play. Who else is excited?