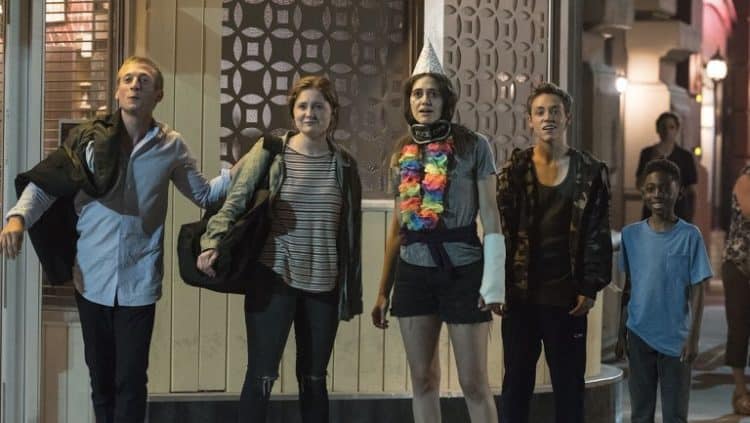 Fans have been watching the Gallaghers growing and evolving on the small screen for nine seasons now and the tenth season is already a sure thing contract-wise. Is it really that popular? You betcha! In fact, Shameless boasts a whopping 95 percent approval rating with Google audiences as well as a major 93 percent score with Rotten Tomatoes. In addition, it just happens to be the most popular series on Showtime. Audiences love it and frankly, so do we. Much like daytime soaps families, the dysfunctional Gallagher bunch has become like family to us as well. That being said, here are Five Things We Wish Would Happen on Shameless and to whom:

Fiona has had a long-running rags-to-riches story that most of the “Shameless” seasons revolved around. that leads and drives the series each season. Now, viewers are faced with the first ever Gallagher exit (except for Mommy Dearest but who really cared?). When most of us heard she was leaving, we wonder if the show would be gone from our lives as well. But, as it turns out, it had already been picked up for its tenth season way before Emmy made her announcement. And, the fact is that Emily Rossum wasn’t just a star on “Shameless” but also directed numerous episodes. The show isn’t above the gory or morally questionable, so a bloody end to her character certainly wouldn’t be out of the question but we would much rather see Sean (Dermot Mulroney) sweep her off her feet and take her away from it all (maybe to someplace warm and sunny like Orlando or San Diego). John Wells confirmed that the show will give Fiona a send-off worthy of a Gallagher and that the door will always be open for a Fiona homecoming. Now, that we would love to see!

Lip is short for Phillip and he’s the second Gallagher kid and definitely the brightest of the bunch. He’s not only a straight-A student but always has been destined for much bigger things and we want to see him succeed in a major way. He’s really been through a lot over the past few seasons and sobriety seems to big his biggest challenge. Becoming completely sober continues to be a struggle for him and his his #1 priority. After growing up in a world where his father, other family members, and most of his friends were continually drinking or doing drugs, sobriety is kind a new concept for Lip to embrace. What about romance? Lip hasn’t seen much success in that area, so we would love to see him fall in love with someone a lot more well-adjusted than most of his lady-loves, finish his education, and put his exceedingly bright mind to work at something befitting his high-intelligence. Making it big in the world of business, research, or even IT would be great and he would wear success as well as personal happiness well.

She’s one of the middle Gallagher family kids and always a sensitive girl with a good heart. She works hard at trying to create Gallagher family stability andÂ  goes to great lengths achieving it but, most of the time, she gets nothing but disastrous results. As a teenage mother, she loves her little girl and we would love to see her fall in love with someone who is worthy of her and together, they could give that little one a decent homelife and a bright future.

Frank is basically just one proud single father with a rather large brood of independent kids who are all high-spirited, smart, and flawed. Sure, some could say that they’d be much better off without him but what fun would that be? Her may be a troublemaker at times and a hopeless addict all the time but audiences love him just the same. When he’s not at the local bar spending, you can usually find him on the floor passed out. He’s constantly scheming and coming up with ways for beating the system and supporting his various addictions while throwing the Gallagher kids under the bus if necessary. We would love to see him do something that would make them proud and secure his seat at the head of the family table. We know he’s got it in him and, yes, a metamorphoses would have to be temporary at best, otherwise the show would lose its edge, but we’d like to see those kids have pride in their eyes for good ol’ dad just once.

Of course, without their abject poverty, alcoholism, and everything else that’s so terribly wrong with them as a family, there wouldn’t be much of a story, however, we would love to see them all happy, together, and well-adjusted (yes, and maybe even well-off) if even for just a short time. They need a bigger house, decent furniture, a new car or two, and maybe some of those warm and fuzzy Sunday dinners around the giant diningroom table just like on “Blue Bloods”.

“Shameless” is a show that we think could really go on forever since the Gallagher family is so dynamic and the kids are always growing up before our eyes and then having their very own storylines to run with. In fact, the ninth season of this long-running comedy series has been super-sized by Showtime and is now a 14-episode season instead of just 12. The season debuted in two parts, the first on Sept. 9 and the second on Jan. 20. There aren’t any other known plans for the exit of any other major characters, which is a good thing because now we can rest assured that there is at least a season 10 with the entire clan on-deck and possibly many more to come.