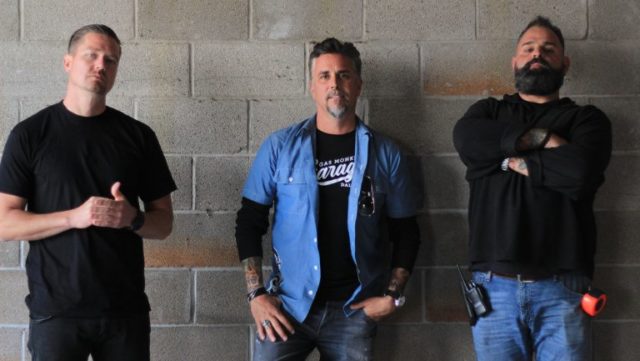 The first season of Garage Rehab is proving to be a relatively decent success and it has also taught most fans a number of different things. Some of these things are very obvious and others are not quite so obvious. Regardless, anybody that is a fan of the show is going to pick up on some things seem to run from one show to the next. Below are five things that season one of Garage Rehab has taught fans so far

While there is certainly nothing wrong with having a dream and even starting a business by yourself, this show has proven that a team of individuals can get a lot more done than one person could alone. In that aspect, Rawlings, Holmes and Stephens always work together in order to accomplish whatever needs to be done. While each garage faces different problems and every episode is tailored to address those issues, it becomes apparent very quickly that it would be virtually impossible for them to fix any of these issues if the three of them were not working together in order to deal with the bigger picture.

2. You have to know where you’re going

The thing about these individuals is that when this team works together, they already have a vision for the garage they are dealing with. In many cases, this is something that the owner of the garage itself actually lacks. It proves that you have to have a clear vision of where you want to go with virtually anything in order to get there. Otherwise, you are going to do exactly what the owners of these garages are doing, and that is float aimlessly about and struggle financially.

These people have a wealth of combined experience and that is largely what makes them so successful at transforming these garages in the first place. In some instances, that is exactly what is wrong with the garage owner’s ability to find success. If they lack experience, they may not know what they are doing wrong or what they need to do to fix it. In these cases, they need some guidance and the team is able to provide exactly that type of help.

4. There is no substitute for hard work

Sometimes, the garage owners are simply too lazy to put in the effort that is necessary to have a successful business. It doesn’t matter if you own a garage or work in any other industry, you won’t experience success if you aren’t willing to put in the time and effort to get there. This shouldn’t be something that the team has to point out, but it has happened a number of times and they’re not even in their second season yet.

5. There is nothing wrong with mixing it up

Without a doubt, the three individuals on Garage Rehab don’t always get along and they don’t always see eye-to-eye about the specific things that need to happen in order to get a garage back on track. All three individuals have a great deal of passion and where there is passion, there will be disagreement and even heated arguments from time to time. It reminds fans that there is nothing wrong with mixing it up every once in awhile. Basically, it keeps things interesting.

Fans can learn something from each of these points. Whether you’re talking about a garage or virtually anything else, all of these issues are relevant. Perhaps that is what makes them so important in the first place.