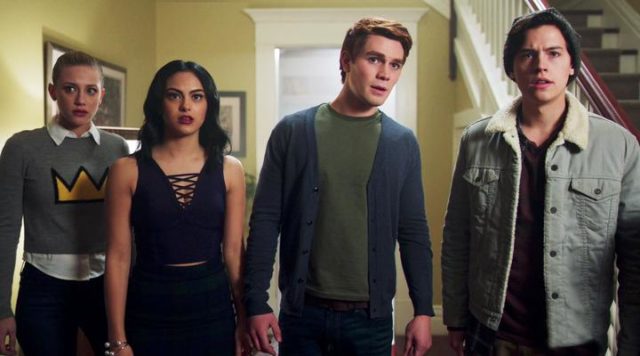 Given its name, it should come as no surprise to learn that Riverdale is The CW’s live-action teen drama based on the cast from Archie Comics. However, it is interesting to note that it is not what most people would expect based on their preconceptions, seeing as how it is a murder mystery as much as anything else. As a result, its fandom is filled with theories about what is happening as well as why it is happening, which provide plenty of material for fans to mull over while waiting for the second season to come out.

Here are five of the top Riverdale fan theories going on right now.

The first season of Riverdale ended with Fred Andrews having been shot by robber at Pop’s. However, there is a fair amount of speculation that there is more to the incident than it would seem based on initial inspection. Some people have suggested that the robber might have been a Southside Serpent exacting revenge for Fred firing F.P. Jones years and years ago. However, the better bet seems to be the speculation that the robber was a hitman hired by Hiram Lodge in response to Fred’s affair with Hermione Lodge, which has some basis in how Hiram has already hired men to go after Fred’s construction site for said reason.

2. Why Did Cliff Kill Jason?

3. Is Archie Related to Jason?

Riverdale revealed that the Blossoms and Coopers are related, but some fans suspect that the Blossoms might be related to Archie in some manner as well. In main, their speculation seems to be based on the TV show stressing the resemblance between Archie and Jason, which sounds like it could be more than a coincidence. At the moment, it seems improbable that Fred cheated on wife to have Archie, but it remains to be seen whether Mary Andrews has any Blossoms in her family tree.

Sabrina the Teenage Witch started out as a comic book series published by Archie Comics. Seeing as how Josie and the Pussycats are already on Riverdale, it seems reasonable to suspect that Sabrina and her relatives will manage to make it onto the TV show as well at some point, particularly since Archie Comics have never been shy about making use of more fantastical elements. In particular, fans are interested in seeing Melissa Joan Hart make an appearance as one of Sabrina’s aunts, which would be appropriate because she played the part of Sabrina in the TV show that ran from 1996 to 2003.

5. There Will Be Zombies

A significant percentage of the Riverdale fandom is expecting zombies to show up at some point. This is because the TV show draws a fair amount of inspiration from the acclaimed Afterlife with Archie, which is written by the same man, Roberto Aguirre-Sacasa, who is serving as Riverdale’s showrunner. In fact, there is so much anticipation for zombies that some fans would be more surprised if they didn’t show up than if they did at some point in the future.